WI yield is currently trading at 1.69%

The much higher CPI data today is making the auction a key barometer for the debt market trajectory.  The yield is higher today (currently up 6.4 basis points) and on the edge of some key technical levels. Higher rates in this sector tend to influence things like mortgage rates. That could lead to less housing demand as the combined rise in prices with higher yields are a double whammy for perspective buyers. 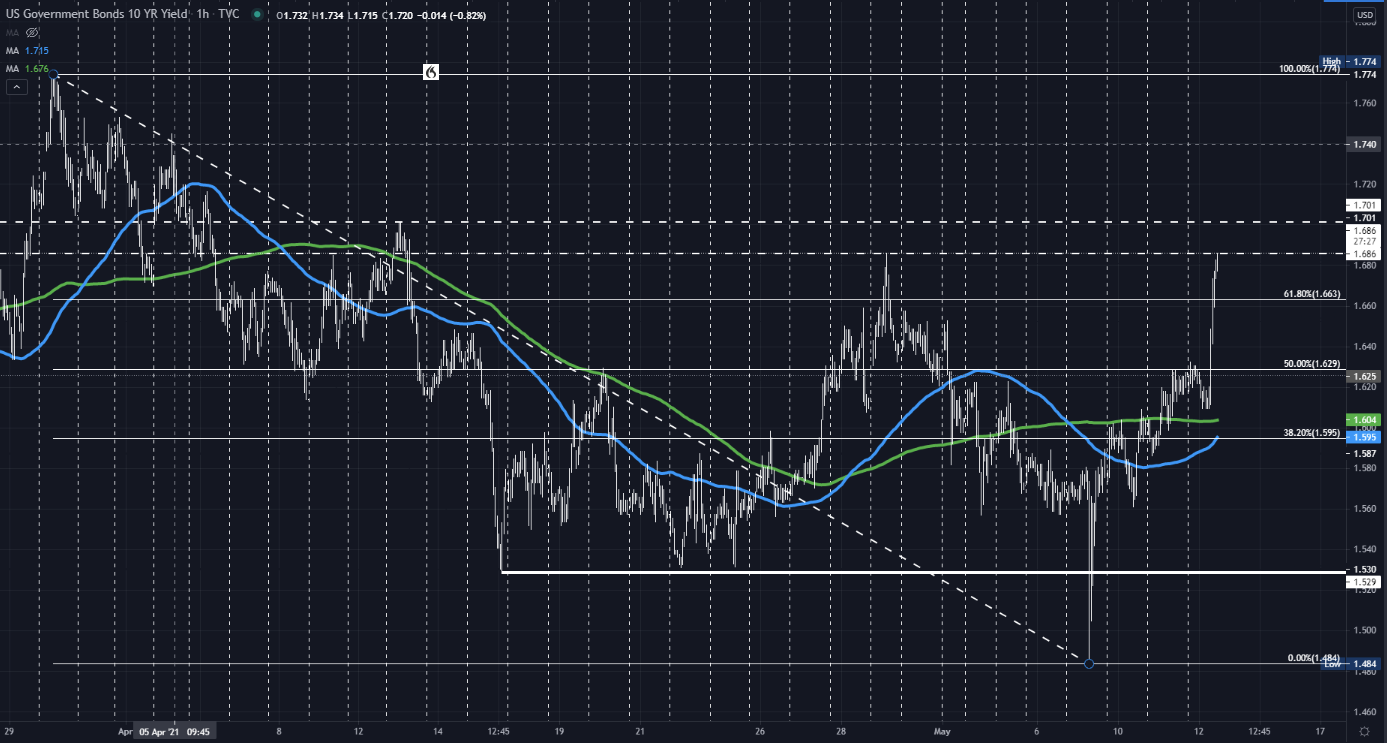 Looking at the hourly 10 year note chart above, the yield today is testing the high yield from April 29. A move above that level would open the door for further upside potential.

Taking a broader look at the daily chart, the 50% retracement of the move down from the November 2018 swing high (was the highest yield since April 2011), comes in at 1.806%. That would be the next key target on more upside momentum. Move above THAT level and traders will be focusing on 2% as the next key target. 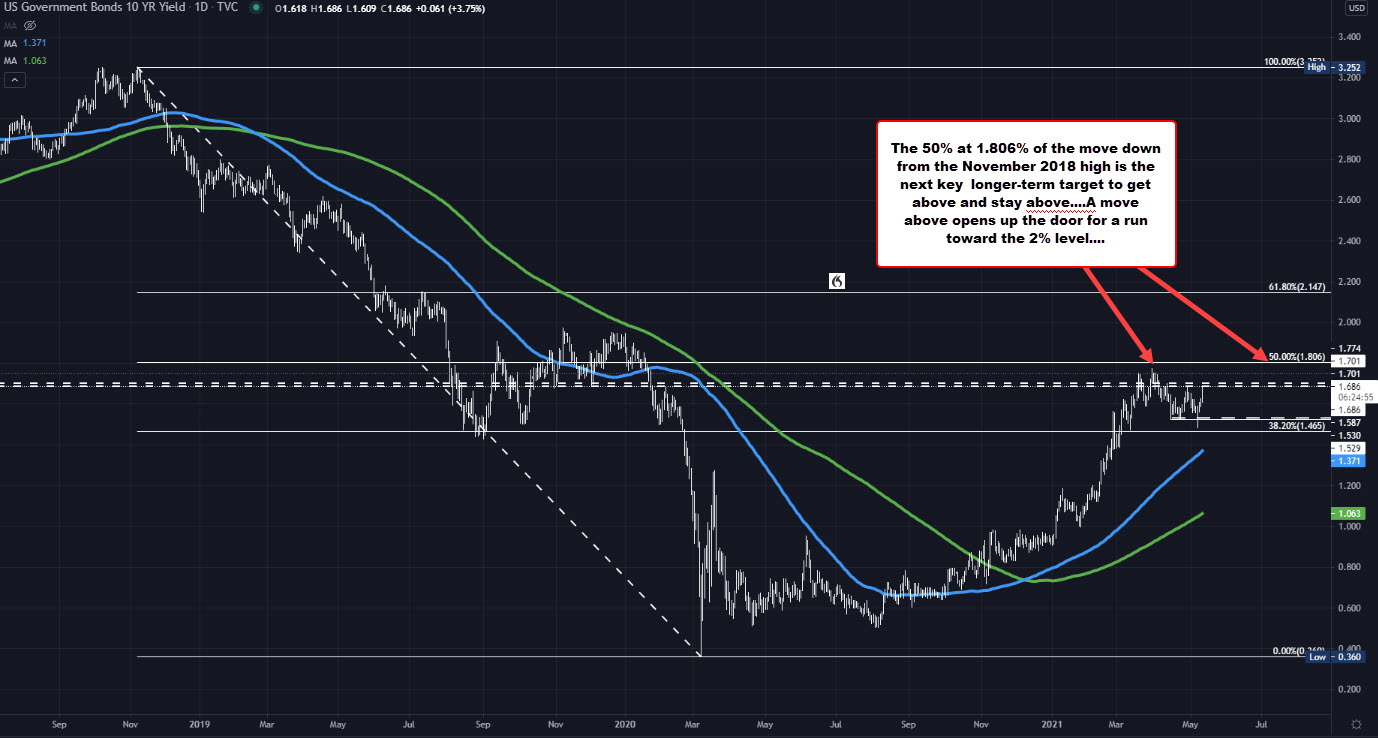 Traders have so far kept a lid on the pair at technical resistance levels, but that can change real soon on a weaker auction result.

What are some of the statistical averages over the last six months for the important details from the auctions?

The other key level to watch is the Tail. The tail is the difference between the WI (or When Issued) yield a the time of the auction (at 1 PM) and the high yield announced soon after the auction time. The average tail over the last six auctions was -0.1 basis point. If the yield is higher  – say 1.70% when the WI yield was 1.69% or 1 basis point tail –  that is indicative of a poor auction, while a high yield of 1.58% or -1 basis point tail, would be indicative of a good auction.