Thoughts on the OPEC+ decision 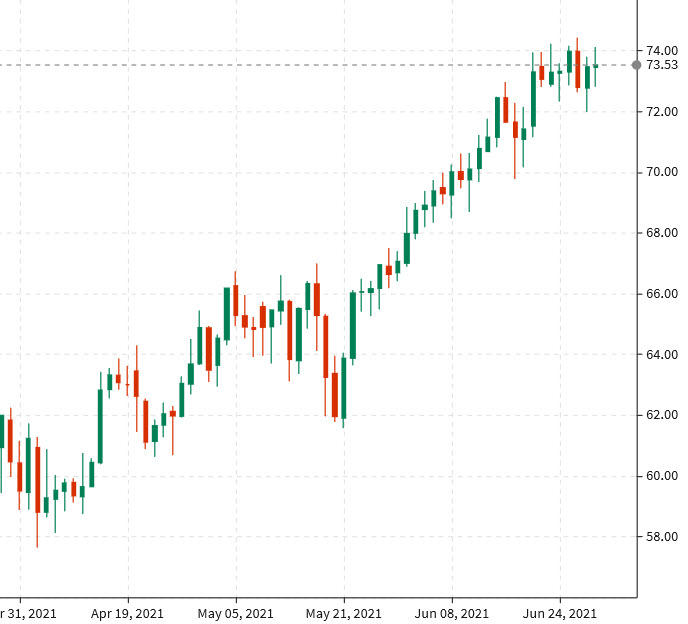 OPEC+ has to be satisfied with its progress.

Fourteen months ago the oil industry and oil-producing nations were on their knees. The cartel had fractured and prices were negative.

OPEC+’s only problem is that it has 5.8m barrels per day of production offline. Many dispute they actually have that much ammunition but it’s at least at 3.5m bpd and that’s more than the market can easily swallow right now.

They no doubt want to sell those barrels so how long until they bring them back? A report today citing two OPEC+ sources said curbs may be extended beyond April 2022 in a sign that it could be a slow process.

Today’s report said officials are concerned about inventories rising again late next year after a drawdown through Q1 2022.

What’s obvious to everyone at OPEC is that their actions so far have worked. They make much more money selling less oil at $75 than pumping full-throttle at $50. Importantly, there aren’t signs that drillers in the US and elsewhere are ramping up spending.

In the past though, OPEC has said that $60 is a fair price. Of course, governments dependent on oil revenues might shift gears if it’s convenient.

The wild card is Iran. Had a deal been struck for them to return to the market, we might be seeing no production hike at all in August. That deal may still come and OPEC won’t want to backtrack so I have a hard time seeing any strong signals beyond August.

Overall, I think that 500K bpd will lead to a rally in oil in the short term as fears allay of 1 mbpd. Something like 650-700K bpd might be the sweet spot. If we see 1 million barrels I’ll be watching the market closely. I could envision a dip back below $70 but that would be a great spot to buy. Alternatively, if oil can rally on 1 mbpd — like it did on the OPEC surprise in May — then it will reveal a market that can go much, much higher.