Everyone loaded up on rocks? 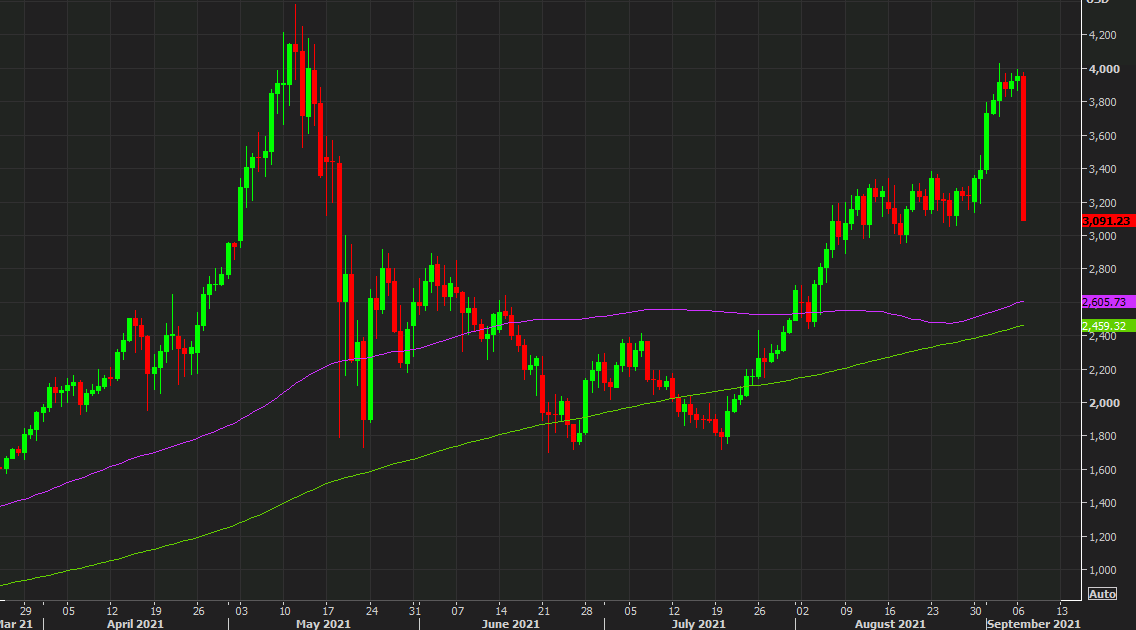 Perhaps spending $500,000 on a rock NFT and saying it was “like a Picasso in 1932” was a sign we were near the top. Of course some of the prices shot even higher than that.

The numbers have been mind-bending and the sales funded with ether. It’s reminiscent of the run in the crypto at the peak of the ICO boom.

ETH has failed well-ahead of the May peak, but a bull might argue that it’s only retraced the recent gains. If falling fast though and even as I’m writing it’s cratered down to 3098. If it can’t hold the big figure it could get even uglier but I expect buyers to step in at $3000.

In the larger space, bitcoin is also crumbling. El Salvador announced bitcoin buys today. Eamonn was right, when he wondered if it was time to ‘sell the fact’.