The AUDJPY, after trending lower for most of July, has corrected higher over the last three trading days.  The price yesterday move back above its 100 hour moving average (currently at 80.75 – see blue line). That is a bullish tilt.  The next target was the broken 200 day moving average at 81.157.  Sellers leaned against that level on the first test. 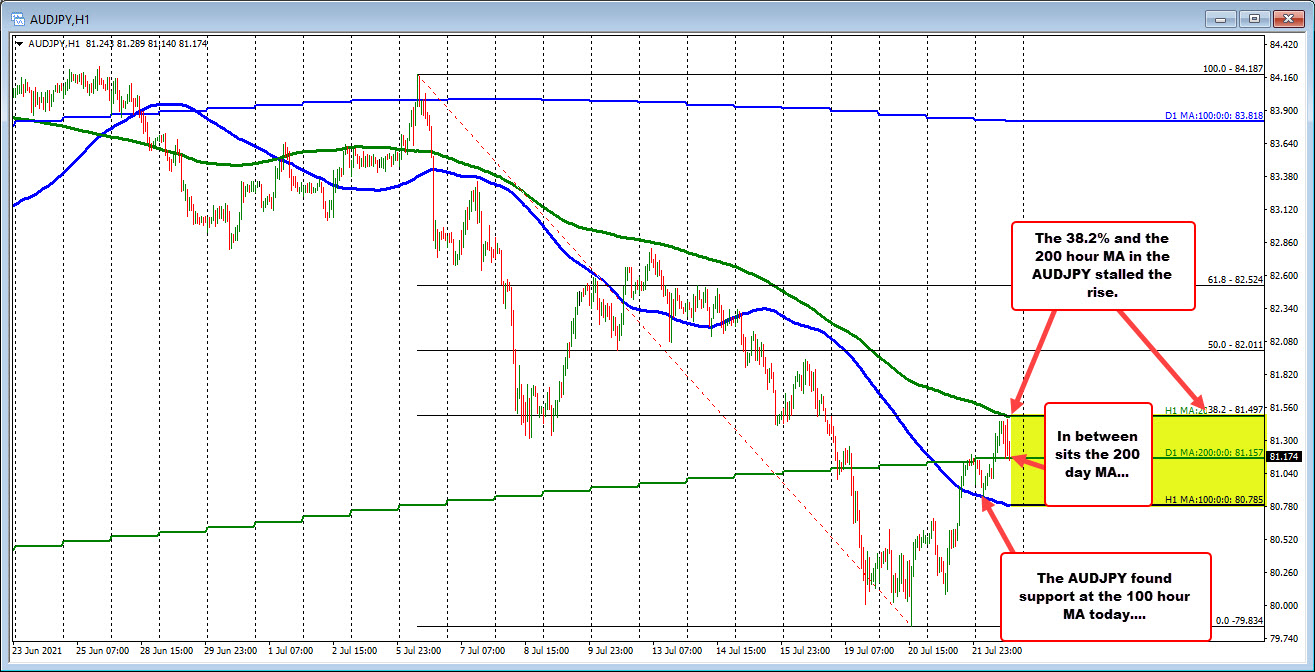 Today, the initial move was to the downside where buyers leaned against the lower 100 hour MA (blue line). The subsequent price rise higher, saw the pair extend above the 200 day moving average (bullish), but ended up finding willing sellers against the 38.2% retracement of the July trading range AND the 200 hour moving average.  Both came in at 81.497. The high price reached 81.467 and backed off. Sellers leaned keeping the bears in play as well.

Since then, the price for the AUDJPY has rotated back down toward the 200 day moving average.

IN this case, being above the 100 hour moving average is a tilt toward the buyers.  However, being below the 200 hour MA is a tilt to the sellers.  So the bias is mixed/neutral.

When this happens, buyers and sellers are battling it out.  Sellers lean. Buyers lean.

At some point there will be a break outside the goal posts.  Traders will then look toward momentum in the direction of the break.  Until then, the ups and downs continue with the MAs defining the range.