Only last week BTC hit a new record high (on approach to USD65K) and over the weekend just past its dropped back.

If you are after an explanation the one that seems most logical is the speculation that the US Treasury may crackdown on money laundering conducted via digital assets.

Last week we had news of Turkey banning crypto payments for good and services (this: More detail on Turkey banning Bitcoin, other cryptocurrency for payments) which barely caused a ripple (no pun intended) but a US Treasury move would be a completely different ball game (and, let me be clear, this is only a speculative report, there is nothing, nothing at all, official). BTC has been gaining acceptance in the private sector, there may be more work to do combatting public sector pushback. 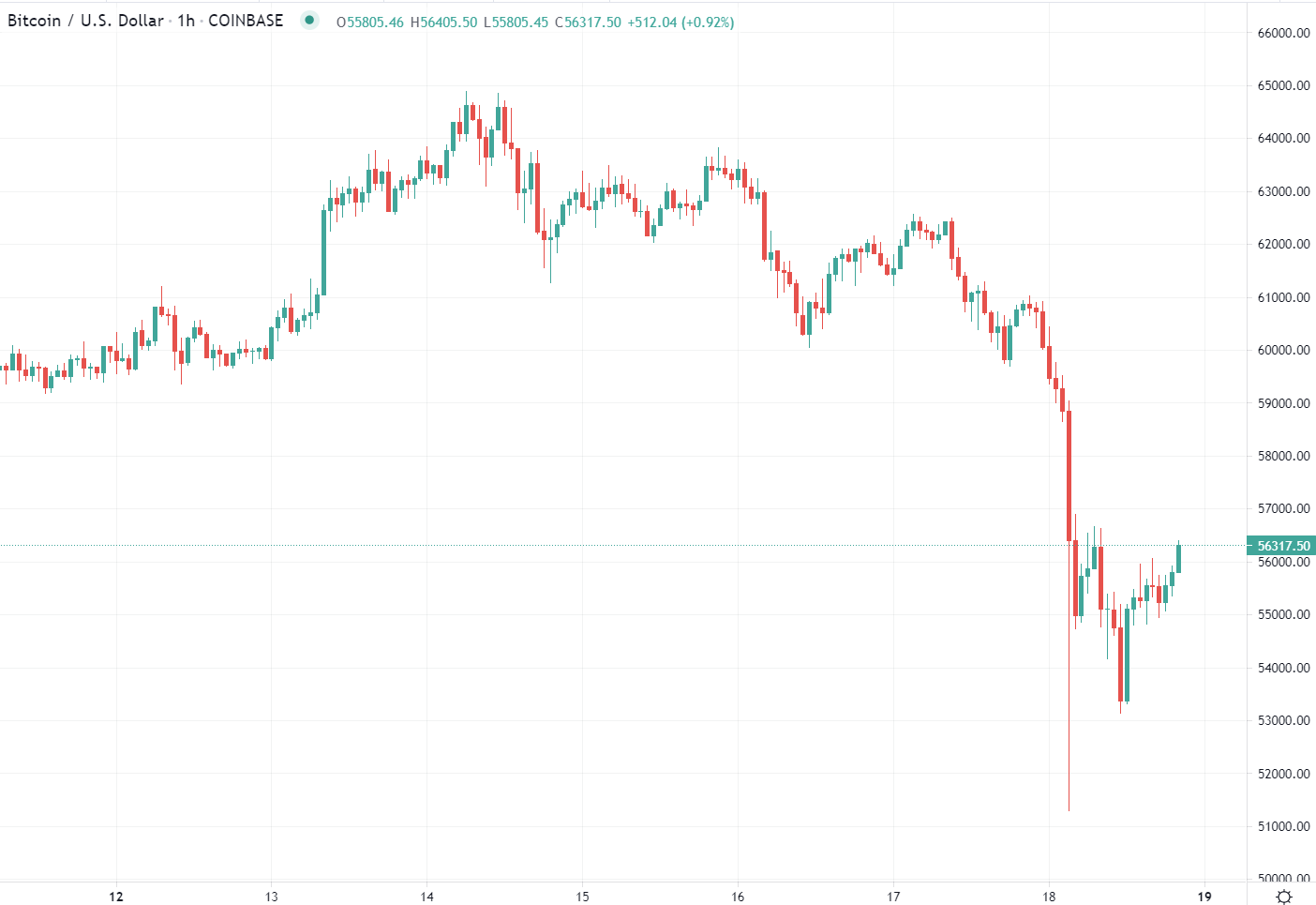 ps. While the reports are good to point a finger at its not necessarily the reason for the drop, it could simple be market dynamics in play, BTC was susceptible after the euphoria over the Coinbase listing last week.

pps. The Xinjiang blackout also getting attention. That caused a curtailment in mining, which would reduce supply … reduced supply causing a price drop is a new one!