Major
FX digested the FOMC outcome here in Asia in a relatively sedate
manner. AUD and NZD were different, though.

New
Zealand kicked off the data agenda with a huge beat for
Q1 GDP. This was followed up by at least one set of bank analysts
(ANZ in NZ) bringing forward their expectation for the first Reserve
Bank of New Zealand rate hike, to February 2022 (from August 2022).
NZD/USD rose 60 or so points from its post-FOMC low to test 0.7100.

Later
we had a huge beat on the Australian jobs report for May;
unemployment dropped from 5.5% in April to 5.1%, jobs added grew by
more than 100K and the participation rate rose. One bank’s analysts
(JPM) said it was “a
near-flawless labour report”. The
Australian dollar popped above 0.7640 briefly.

Both
NZD/USD and AUD/USD have subsequently given back some of their gains,
both are still higher on the session.

Gold
was a mover also,
losing further ground on
expectations
post-FOMC of a nearer-term Fed dialling back of monetary
support
(various analysts see tapering most likely beginning early 2022 and
some have rate hike expectations now in 2023).

On the central bank front we had Brazil hike its key rate, as expected. We also had speeches/Q&A from Governors of the Bank of Canada (Macklem) and Reserve Bank of Australia (Lowe). Neither of these two Govs had too much FX impact.

Bitcoin traded in a small range (for it). 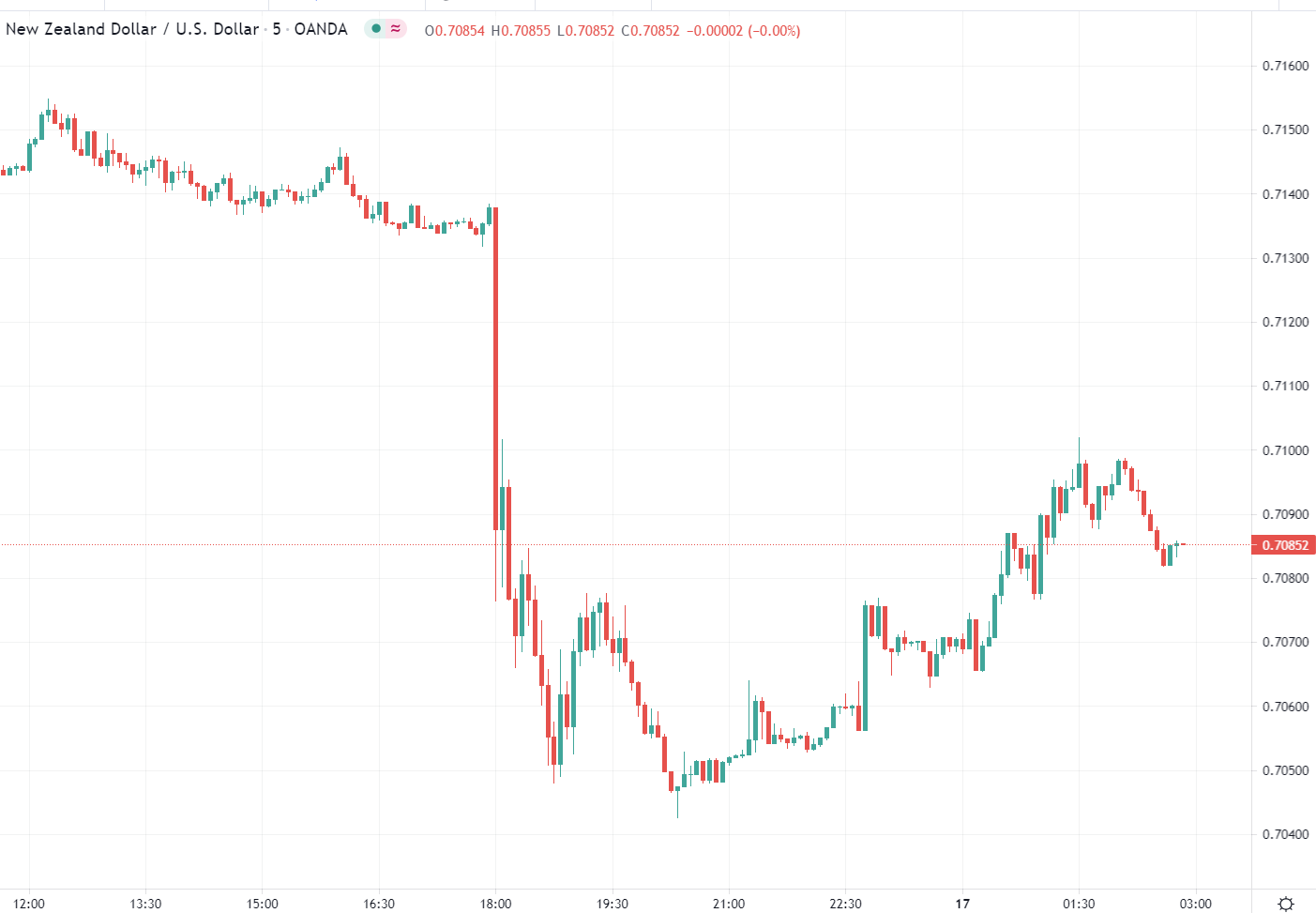