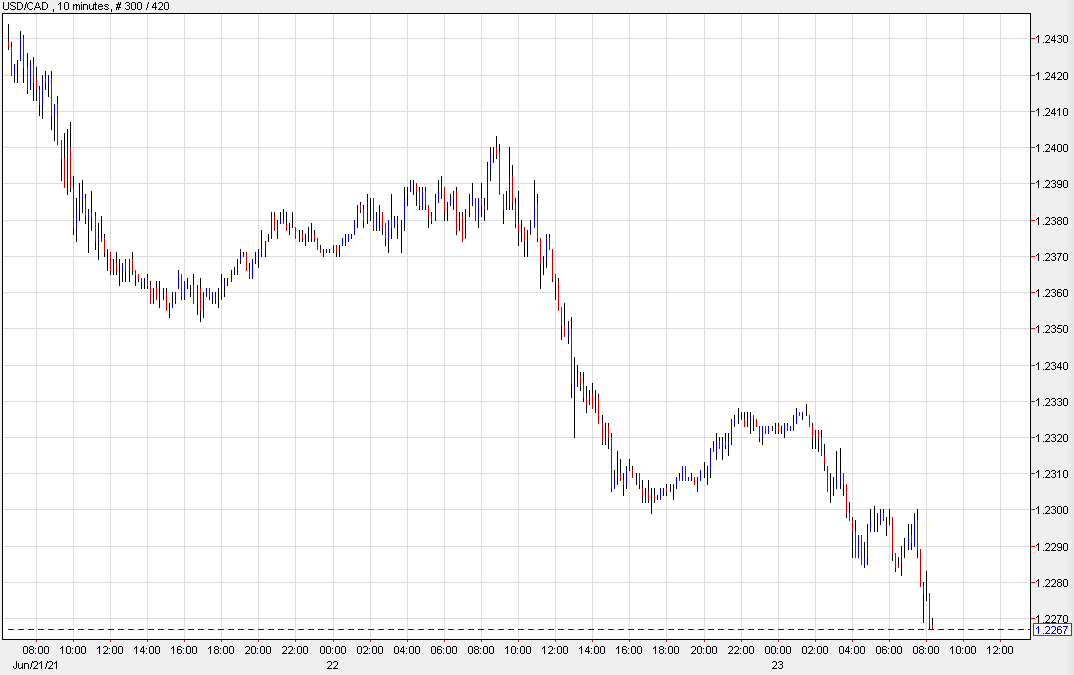 USD/CAD is at the lows of the day, down 32 pips to 1.2274 as last week’s rally continues to unwind. The loonie is also benefiting from the relentless bid in oil; it’s up another 1% despite indications that sanctions are coming off Iran oil and that OPEC+ will announce higher production for August. A sources report says they’re thinking about another 500k bpd in August, which I don’t think is enough to hurt prices. I would have guessed 1 mbpd.

A further tailwind for CAD could come from oil settlement flows, which are often settled around the 25th of the month.

The near-term risk though is the April retail sales report at the bottom of the hour. The consensus is -4.9% on a harsh lockdown in much of the country in the month. At the start of the pandemic, Statistics Canada began releasing preliminary estimates of the subsequent month and those are increasingly the market driver. The May advance estimate has no consensus but there was an easing of restrictions in Quebec so I would guess at a small rebound. In any case, I don’t think the market is going to get overly excited about low pandemic-driven drops.

The report is due at the bottom of the hour.