It
was another session of muted ranges for major forex rates as Asia
seemed content to await Friday’s US nonfarm payroll figures.
News flow was very light although we did get some data points,
notably:

On
the central bank front Federal Reserve Board of Governors member
Waller gave a TV interview, he indicated he thought the Bank was still
some time away from tapering (and rate hikes) given progress still
needs to be made on employment. Waller said we should expect
above-target inflation over coming months. Waller was a little more
humble than many other Fed officials, literally
saying that he could not rule out a rate hike next year, noting that
the jobless rate would have to fall substantially or inflation
continue at a very high rate before the FOMC would take a hike
seriously.

Oil traded higher  – the private survey oil inventory showed a larger than expected draw which seemed to help give it a kick along.

As
I’ve said, major rates have been quietly rangebound, cable a stand
out if you want one, up 40 or so points from session lows at one
stage. There
was no news of note for GBP, although the England team did win a
soccer game (I know, its ‘football’ but I can’t help myself 😉
) 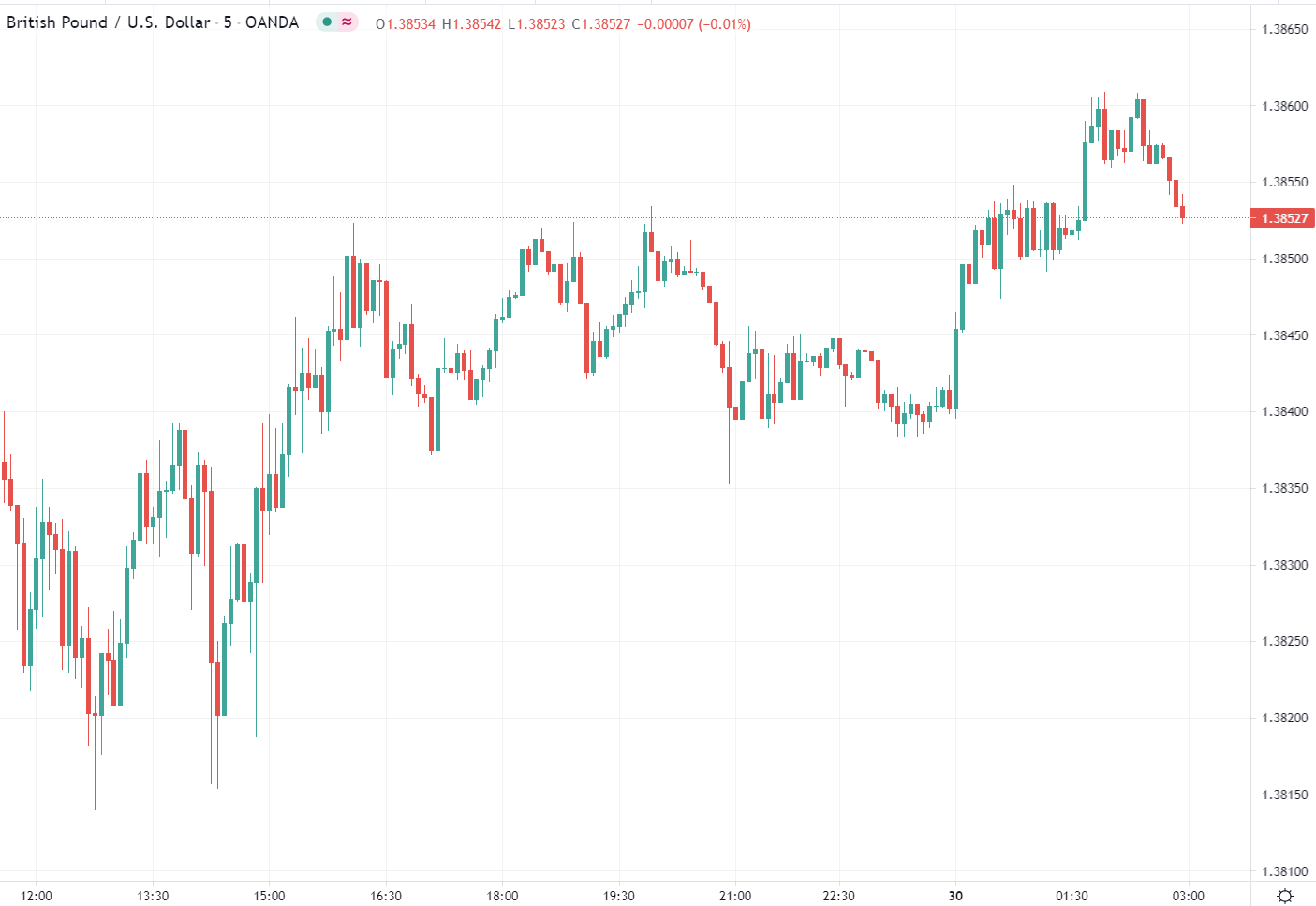