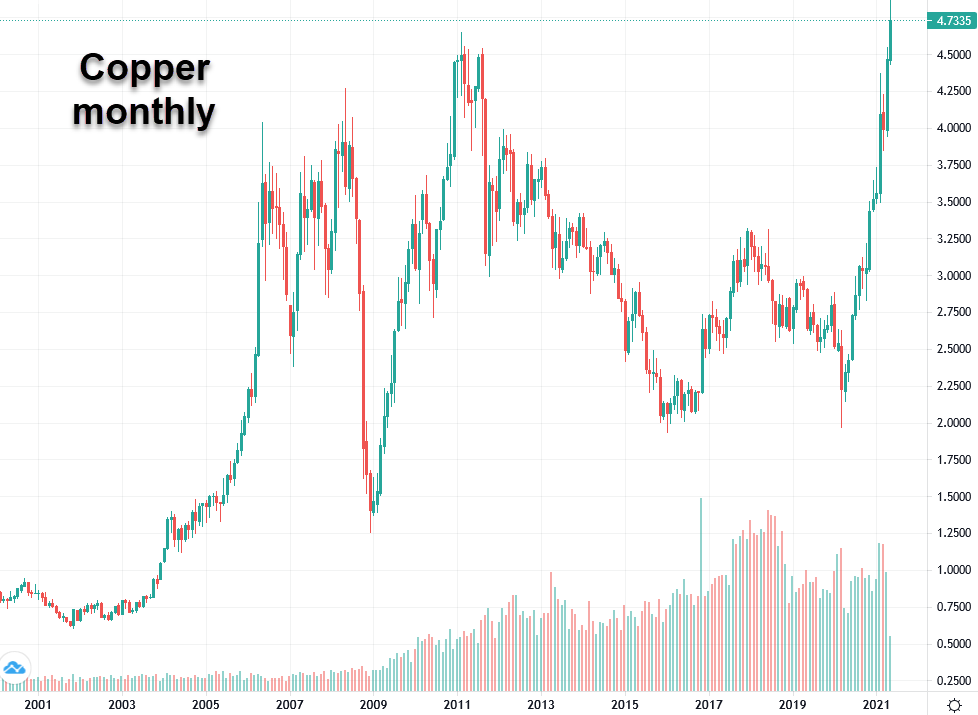 Hedge fund titan David Einhorn used his annual appearance at the Sohn conference to make a pitch for copper.

He noted that electric vehicles have quadruple the copper content of internal combustion vehicles and that’s just the beginning. He noted that chargers, solar panels, and wind power all require lots of copper, and that Goldman Sachs predicts 5M tons of demand growth by 2029, equal to 16% of global demand.

He highlights that green transition companies are trading at lofty multiples — suggesting huge demand — but that copper producers aren’t even getting credit for current prices, near $4.76/lb.

His picks was Teck Resources, one that’s been previously disclosed in his fund holdings. He noted that it trades at 10x earnings and produces copper along with metallurgical coal and zinc. They’re in the middle of a $1.2B investment in a Chilean copper mine that will begin producing in H2 2022.