This according to AZCentral.com 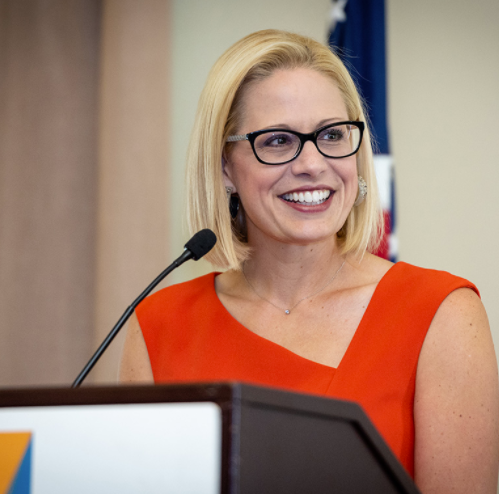 The AZCentral.com is reporting that Arizona’s Sen. Kyrsten Sinema (D) does not support the Democrats $3.5 trillion budget plan, after moving a separate bipartisan infrastructure deal that Sinema helped negotiate.

According to the report:

The Arizona Republic on Wednesday she had reviewed the Senate Budget Committee’s spending framework and has told Senate leadership and Biden that she supports many of its goals.  However, she adds:

“I have also made clear that while I will support beginning this process, I do not support a bill that costs $3.5 trillion – and in the coming months, I will work in good faith to develop this legislation with my colleagues and the administration to strengthen Arizona’s economy and help Arizona’s everyday families get ahead,”