The
Australian dollar declined against the New Zealand dollar ahead of
the day’s Reserve Bank of Australia policy announcement (yet to
come, due at 0430GMT). AUD/USD has been fairly stable but NZD/USD has
risen. The Reserve Bank of New Zealand announced it’d be
‘consulting’ on tighter macroprudentil rules to try to calm house
price rises. By ‘consult’ you can be sure these are on the way,
it appears the start date will be October 1 (see bullets above).

The
RBA is expected to reverse (a temporary delay) its previously announced
decision to taper its bond-buying QE program given the economic
damage being done by the fresh waves of coronavirus and subsequent
widespread lockdowns. Some in the market are even expecting a
(temporary) increase in the QE program.

Also
on the move today have been Chinese stocks, especially those of tech
firms related to online gaming – Chinese state media likened online
gaming to opium … related shares slumped and the wider indexes are
down also (see bullets above).

USD/CAD
rose as oil dribbled just a little lower after showing some early
gain. The range has been not large.

In
Japan authorities announced some hard decisions on how to ration
hospital beds as severe COVID-19 cases rise and ‘milder’ cases
are sent for ‘home care’. This is not good news for the country
as it grapples with a seemingly impossible to counter rise in cases.
Its a race to get vaccinations done, but its not being won at the
moment.

Reserve Bank of Australia due at 0430GMT:AUD/NZD ahead of the RBA announcement: 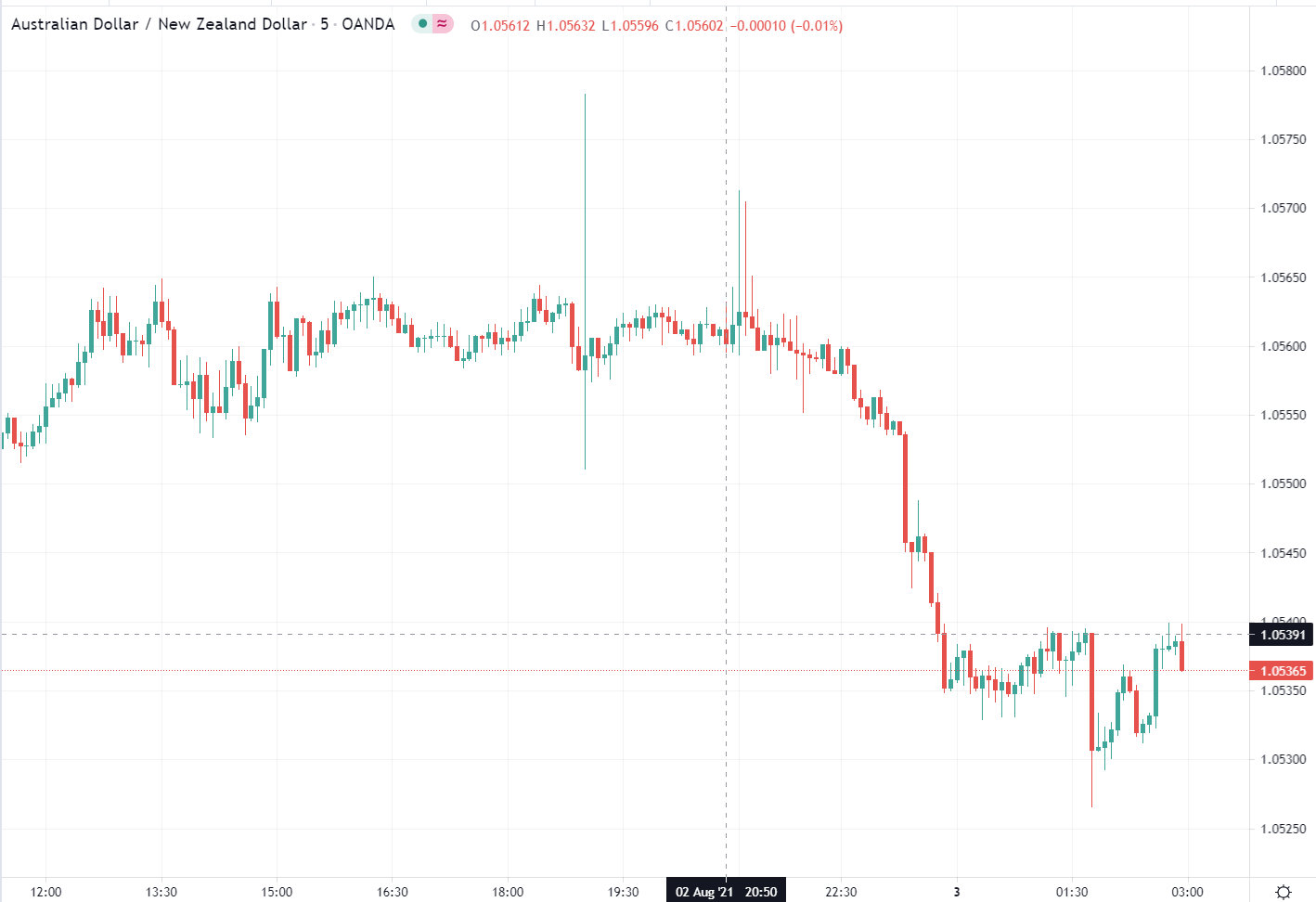