USD/JPY
dropped under 108 again here today (it did so briefly yesterday also)
before rebounding (a smaller rebound this time as I post) and
subsequently dropped under 108 again (and is still under as I update).
Chatter of a battle of flows, bidders said to be macro-fund interests
while shorter-term
spec were the sellers. Its been a small range only (20 points or so)
but with a few laps between the session high and low. Net for the
session yen crosses are a touch lower.

Elsewhere
the USD has gained a little; AUD, EUR, NZD, GBP are all a touch
weaker (again only in small ranges). Australian
March retail sales (preliminary) showed
a m/m bounce (and beat of expectations) but the y/y result was
underwhelming. New Zealand headline Q1 inflation data came in higher
than the previous quarter and in line with expectations. There is
still a ‘core’ inflation reading to come from NZ today, the
Reserve Bank of New Zealand’s ‘Sectoral Factor Model Inflation
Gauge’.

In
US news, huge consumer products company Proctor & Gamble said they
were set to raise prices on a range of products from (northern)
Autumn (Fall). This may attract the attention of Federal Reserve
officials who have repeatedly said they expected inflation to be
transient. It would be unusual indeed for a major firm such as P&G
to raise prices
if they believed rising
input costs were
transient only. It would also be unusual for such a major firm to
reverse price rises soon after hiking them. In other US news, the (now
ex) police officer accused of killing George Floyd was found guilty
of all murder/manslaughter charges that he faced. 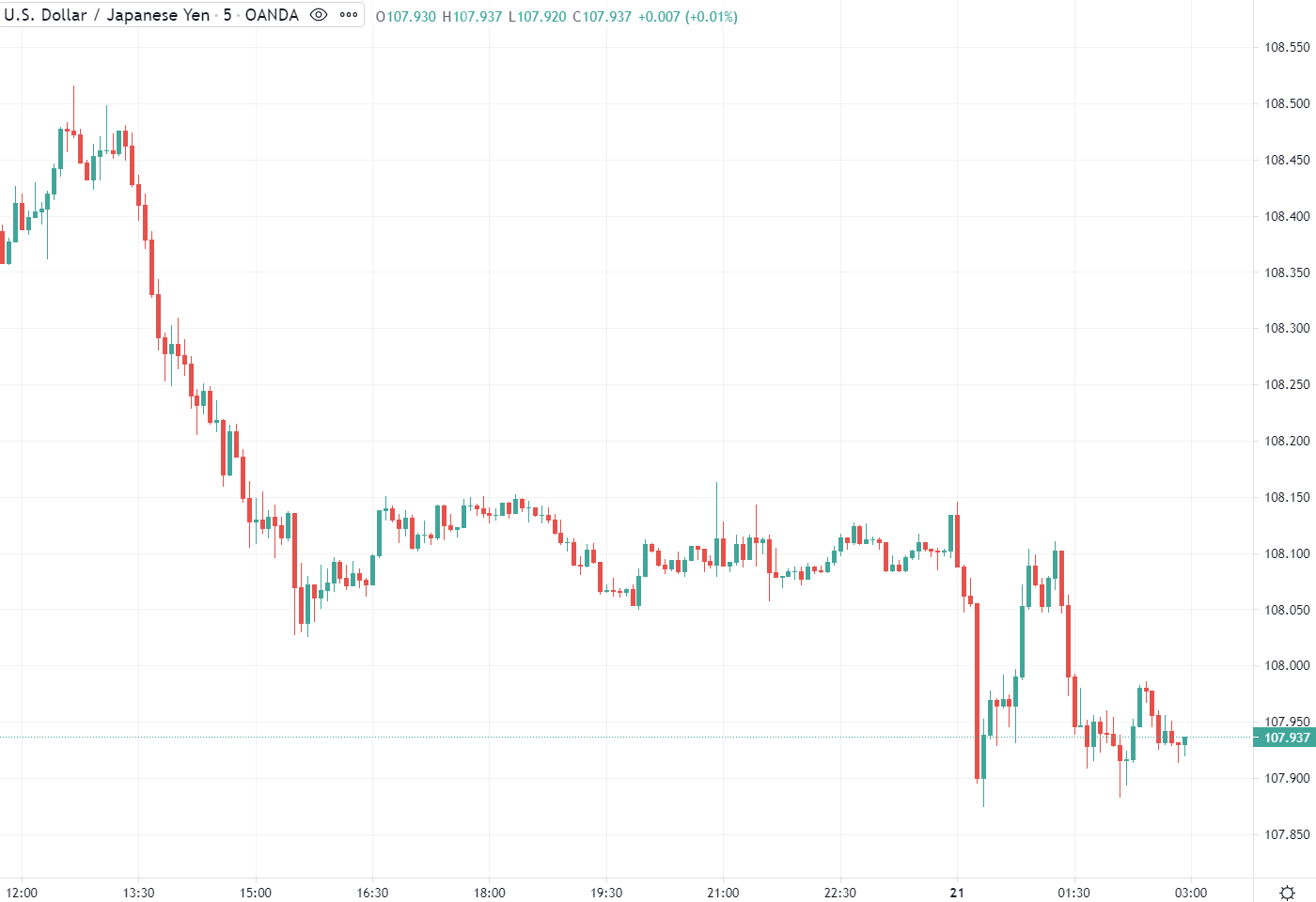