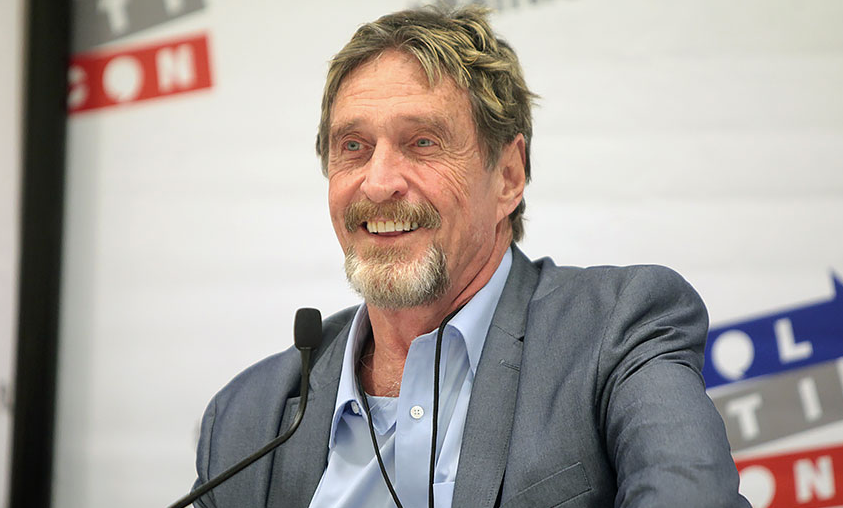 Spain’s El Pais reports that McAfee antivirus founder John McAfee was found dead in his cell in Barcelona while awaiting extradition on tax evasion charges in the US.

The 75-year-old was a crypto enthusiast and conspiracy theorist.

McAfee was arrested in October at a Spanish airport en route to Turkey on a request from the US Justice Dept and had been scheduled for extradition.

In recent years McAfee had grown into a larger-than-life character after amassing a more-than $100m fortune on his sale of the anti-virus company. He later claimed to be worth much more but said he had wasted it.

McAfee owned 9 homes and a fleet of planes before the 2009 financial crisis when he was hit hard. He liquidated much of his assets and moved to Belize where he became increasingly unhinged, touting conspiracy theories and eventually going into hiding. He was named a person of interest in the death of his neighbour. He was arrested in Guatemala for entering the country illegally and later deported to Miami. He told ABC in 2017 that he was convinced he had been followed for the past four years.

In an eerie coincidence, ZeroHedge wrote about McAfee just yesterday, saying he faced 30 years and could die in prison while using a photo of him with a gun to his head. 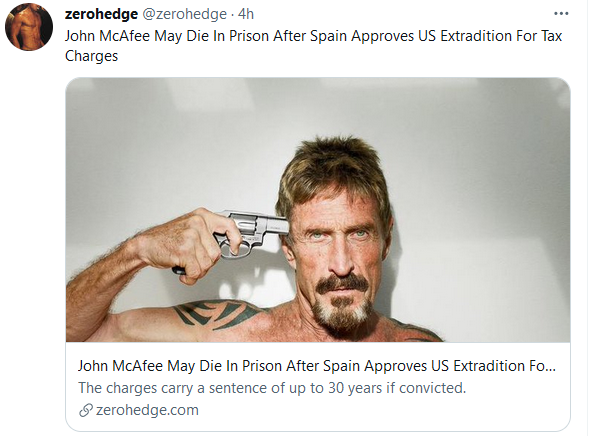 He had long said the government was out to get him and two years ago tweeted that “if I kill myself I didn’t.” 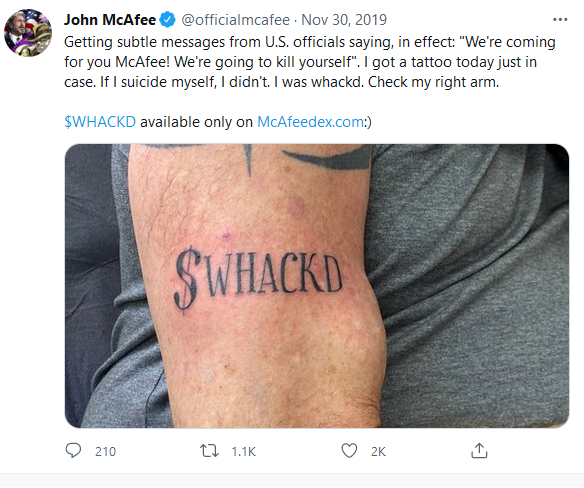 Let’s hope the security cameras were working this time.