JOLTS employment trends for April 2021 from the Federal Reserve survey. 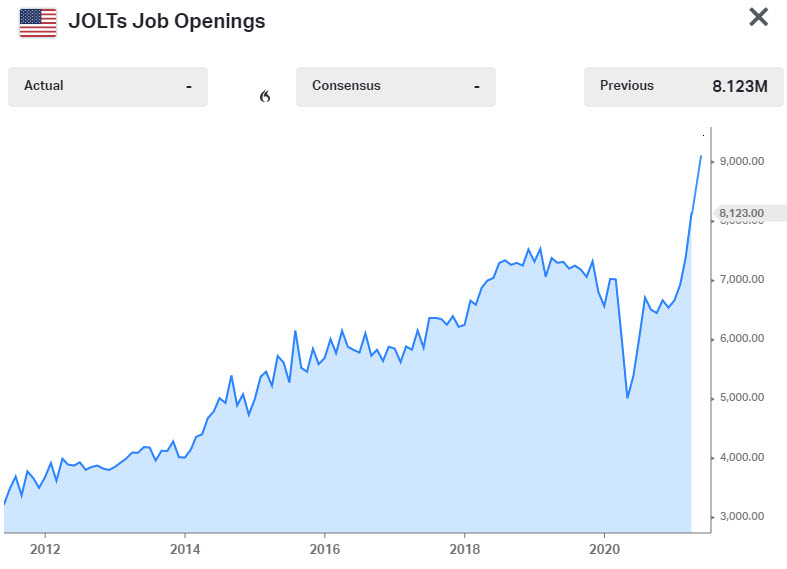 The job openings certainly reflect the reopening demand for workers.  The data is old but still quite strong. The number of vacancies exceeded hires by 3.2 million in April. That was the biggest gap on record. The hiring challenges have put into question the federal unemployment insurance program. Half of US states have announced that they would phase out that insurance program earlier than the September end date. Employers of also been offering bonuses, higher wages and health insurance to attract workers.

The data is somewhat contradictory to the weaker then expected labor data seen over the last few months where 559K and 278K new jobs were added.  Although those numbers are trending in the right direction, they were less then expectations. The US still has a shortfall of 7.6 million jobs versus the pre-pandemic levels.