Comments from JP Morgan on the “-40% drawdown in Cryptocurrencies”

Despite the size of the sector JPM go on (bolding is mine):

Meanwhile, BTC is recovering some of its losses over the weekend, off is lows as I post: 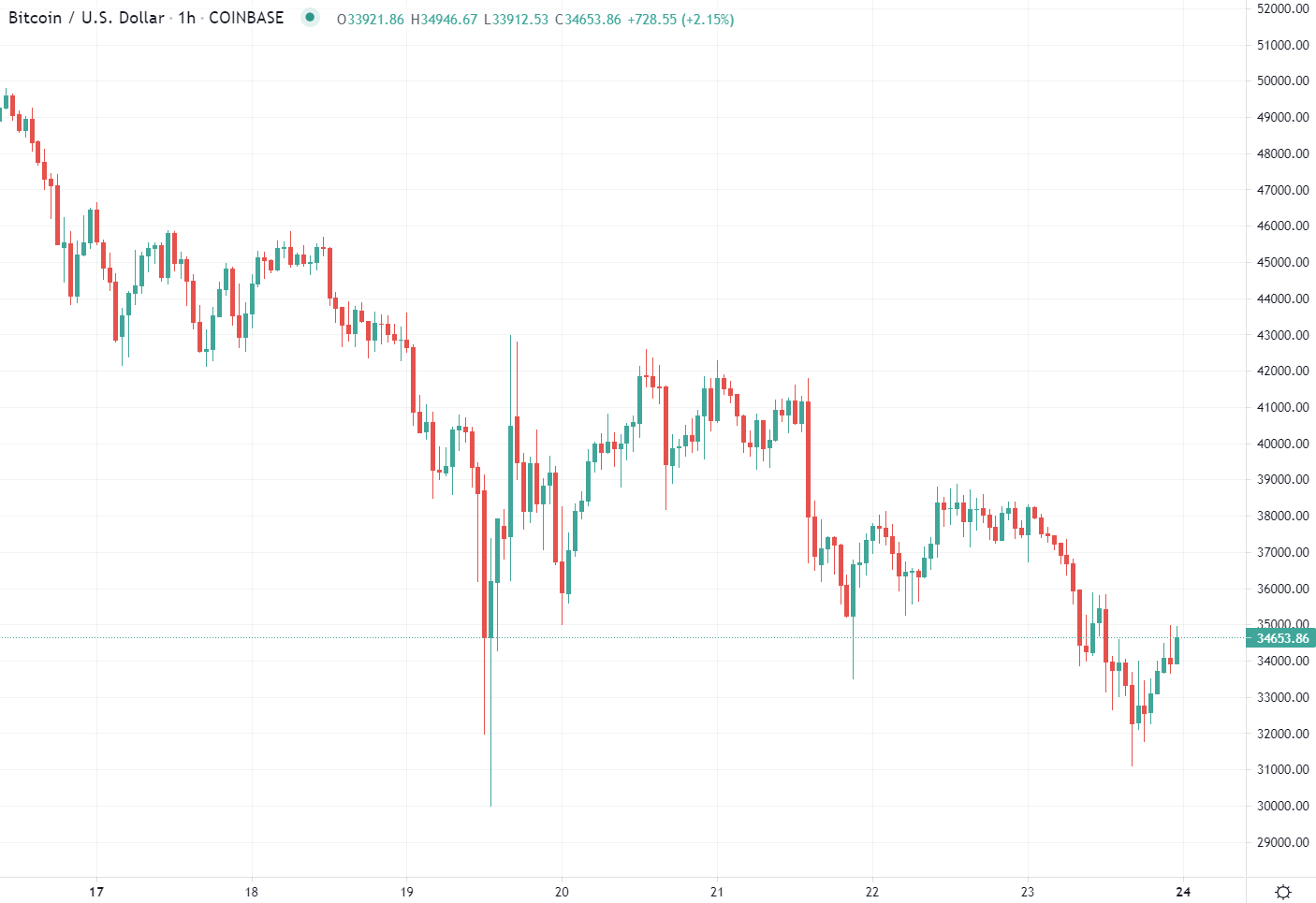