Bank of America on the yen 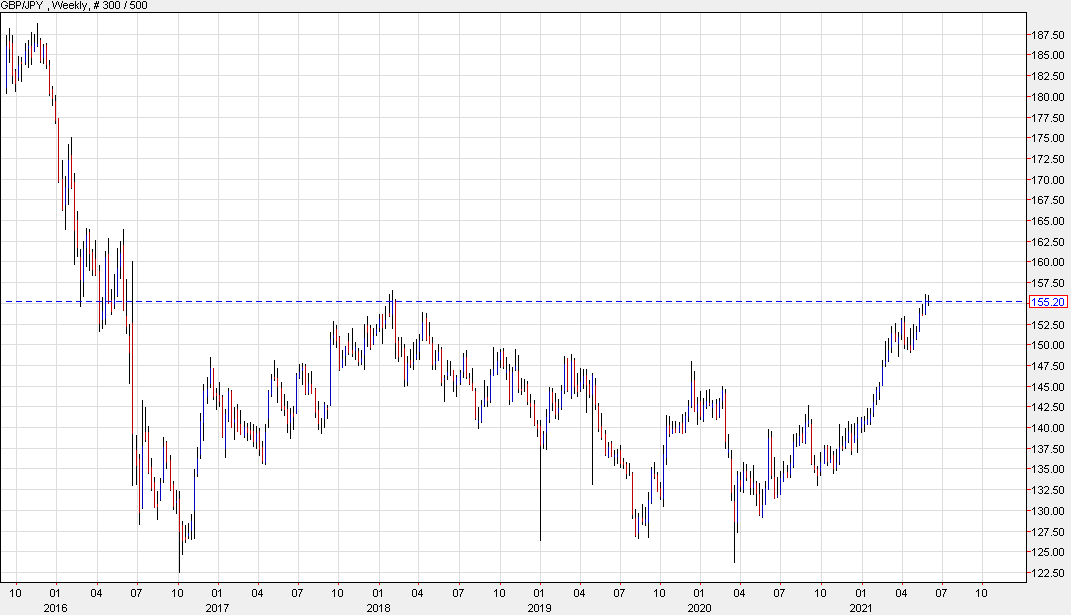 “GBP/JPY is
testing multiple time frame resistances including the top of a channel
on its daily chart, the 1Q18 peak and a trend line on the monthly chart
that began in 2008. This is all in the 155-156 area

AUD/JPY is testing resistance at the 200wk SMA (84.75), has some bearish divergence and bearishly broke its trend line from the 1Q20 COVID-19 low,” BofA notes.

“CHF/JPYhas
two sell signals this week from the TD Sequential indicator on its
weekly chart. In the past, price went down one week later 73% of the
time and down eight weeks later 69% of the time

CAD/JPY has a three peaked price / RSI / MACD bearish divergence while it faces a historically relevant pivot level in the 91s.

For bank trade ideas, check out eFX Plus.