The lumber crash in the past eight weeks is something to behold.

There appears to be an absolute capitulation phase ongoing now with prices of western spruce/pine/fir down to $485/mfbm from $650 midweek — that’s 30% and it extends the drop in benchmarks to 65-70% in two months.

Lumber futures are extremely thinly traded but this gives you an idea of the boom and bust. 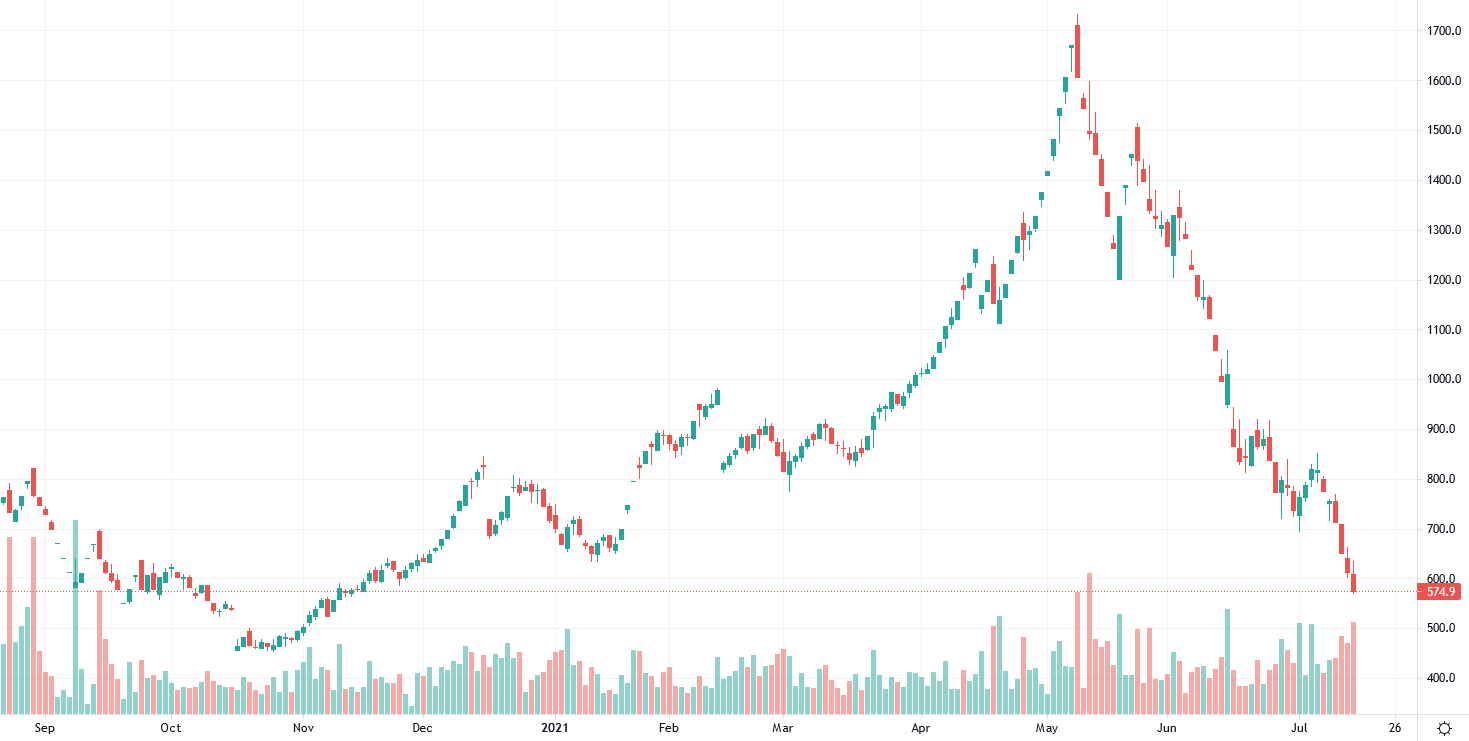 Why? Because they haven’t cut prices to reflect the drop. CIBC estimates that pressure treated lumber prices are only down 14% from the peak.

It’s the kind of story we see over and over again in financial markets: Dealers overpaid for inventory and they’re trying to unload it on retail.

Meanwhile. retail was hit with a shock. The high price of lumber went mainstream and the marginal demand from retail — fences, decks, home renos — collapsed or was delayed. To make it a perfect storm, the US economy began to reopen at the same time, giving people something else to do.

The problem now is that the drop in prices isn’t going to get anywhere near as much notices as the jump, especially since dealers aren’t passing it along. So the negative shock to demand will be much more persistent, leading to an overall drag on the economy. In this case, it’s modest but emphasizes how supply chain problems can feedback.

Meanwhile, looking at the pricing curve. You can make 25% by buying wholesale lumber today and selling March futures. It’s not a hard commodity to store. Who is in?