It was a fairly quiet Monday in the forex market. Pairs like the EURUSD, USDCHF and USDCHF all traded within the narrow ranges set coming into the North American session. The EURUSD maintained its 43 pip trading range, the USDJPY stayed within its 42 pips trading range, and the USDCHF stayed in a very narrow 27 pip trading range.

For the greenback, the dollar was higher at the start of the session, but is ending marginally lower with declines vs the EUR, GBP, JPY and CAD, and gains vs the NZD mostly and more modestly vs the CHF. The AUDUSD is ending unchanged. 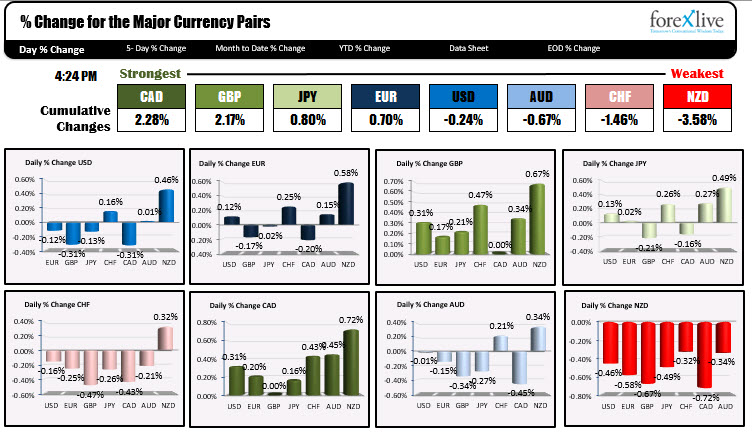 European shares closed mixed with Germany, UK, France lower while Italy and Spain closed higher. Below are the details of today’s trading in the North American and European markets.