Problematic for the index is the price opened at new all-time highs and quickly found sellers.  The good news technically is at the index still remains above its 50 and 100 hour moving averages. They come in at 13981 and 13955 respectively. A trendline on the hourly chart also cuts across near the 100 hour moving average. So long as those levels remain as support, the buyers are still more control. 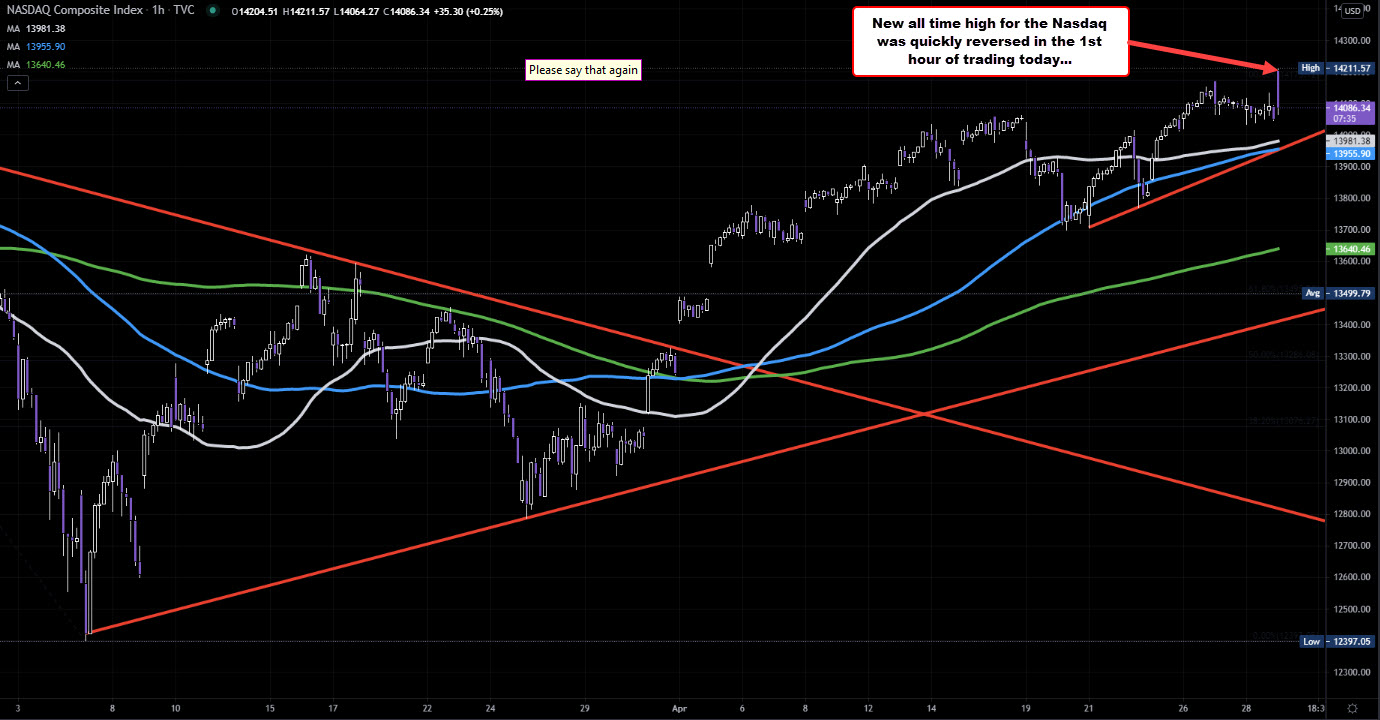 The catalyst for the decline is higher rates. The tenure yield moved up to a high of 1.686%. That took the yield up above the 61.8% retracement of the move down from the 2021 high of 1.774%. That retracement level comes in a 1.681%. Getting above that level would next target the 1.70% level which was the swing high going back to April 13. 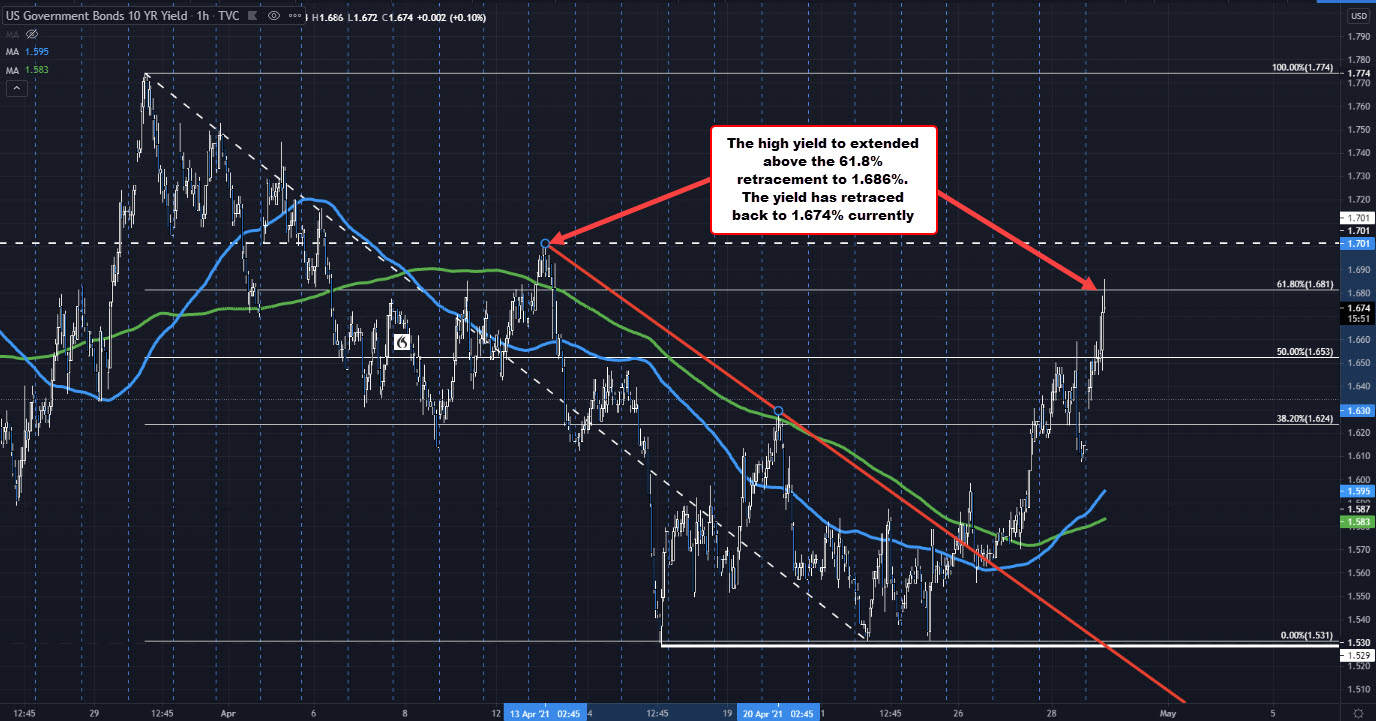