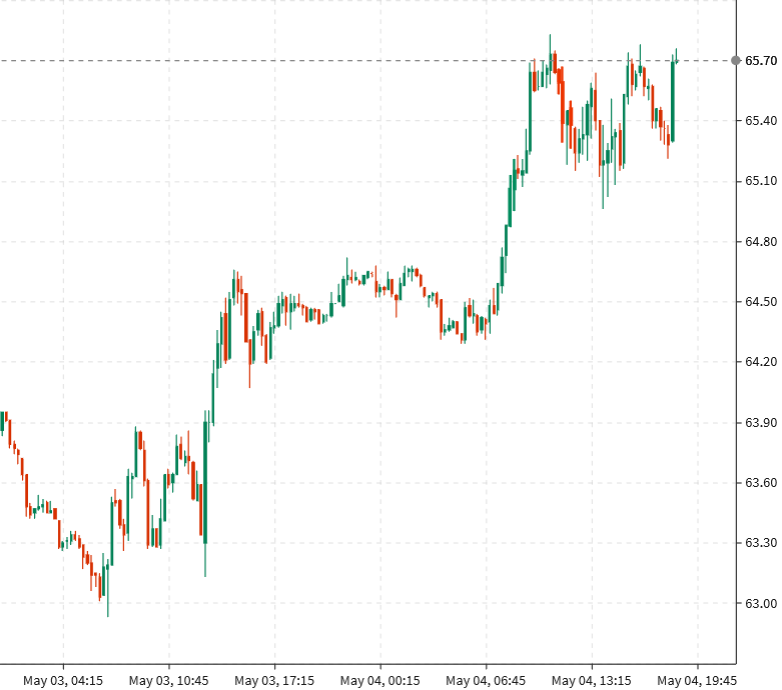 It has been a great day for risk trades but oil has managed its third-best close of the year — finishing narrowly below the March highs. It settled up $1.20 to $65.69, which was just off the session high of $65.84.

There was a 30-cent pop in the final minutes of trading in what looks like a bit of a squeeze.

The overall commodity picture today is mixed. Closely-watched copper was down 0.6% in London while nickel rose 2.4%. The largest gainer is corn, which is up 2.7% after touching $7/bushel for the first time in years. On the flipside, gold is down 0.8%.

Looking further down the crude futures curve, this has been a uniform move with prices up $1.16 next June. The curve remains backwardated with that June 2022 contract at $60.57 but I don’t want to get into the debate about whether that’s bullish or bearish.