OPEC+ will meet on July 1

A leak this week that OPEC+ was considering a 500k bpd increase in production in August followed by similar hikes afterwards set expectations for next week’s meeting.

Officials from OPEC and Russia will meet July 1 to discuss output for August and beyond. Brent above $75 certainly raises the odds of more crude coming to market but the lack of a nuclear deal in Iran clouds the picture. US and Iran officials have agreed to most of the things in a deal — including removing sanctions on Iran’s oil — but can’t agree on sequencing and provisions to keep the US from exiting the deal again.

That uncertainty may keep OPEC+ from announcing a larger hike or laying out plans beyond August.

For now, the oil market continues to signal tightness. Dips in crude have been bought aggressively and that was demonstrated again in the last hour as a dip to $72.90 from $73.73 was quickly bid back up. 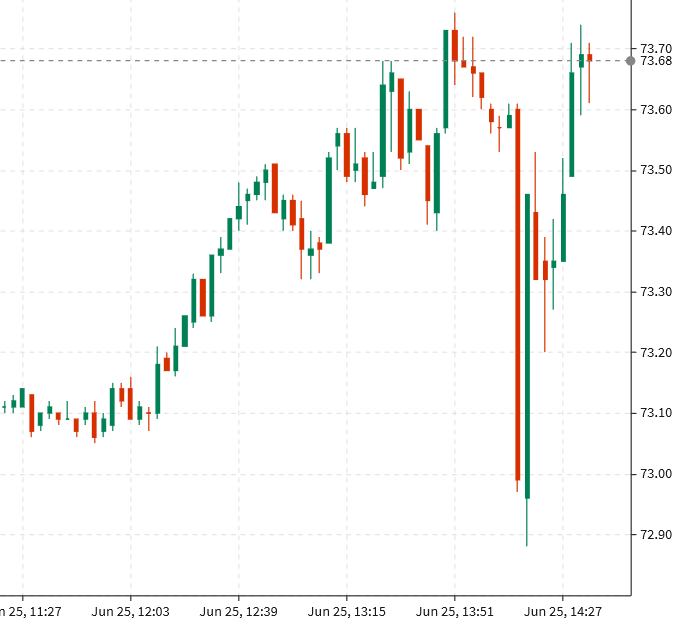 Baring a huge turnaround this will be the fifth consecutive week of gains for crude in a straight-line move to $73.70 from $64.00.
Invest in yourself. See our forex education hub.