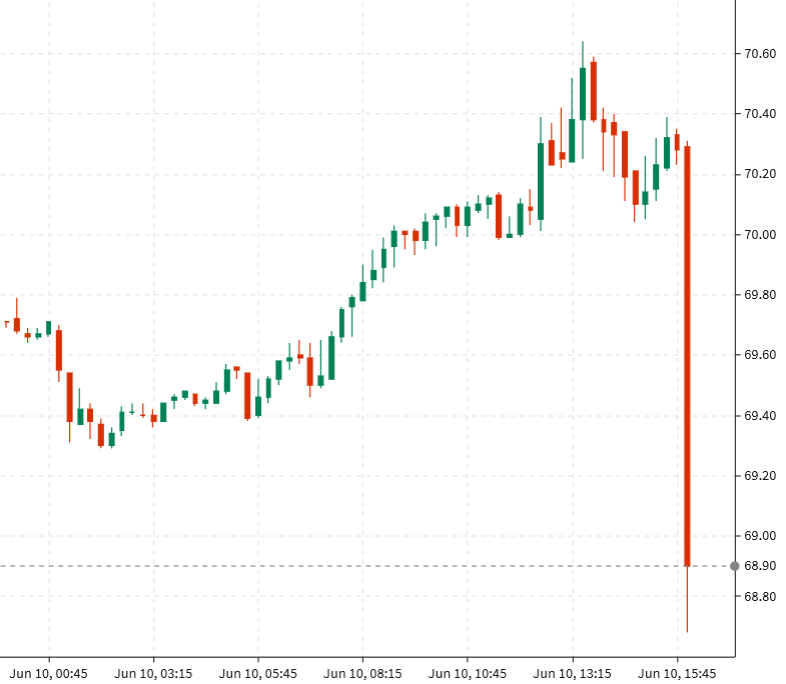 Keep an eye on oil as headlines cross saying the US has lifted sanctions on Iran individuals. Crude is quickly down to $69.14 from $70.10.

I’m speculating, but it looks like the US has lifted some individual sanctions to get the ball rolling. That’s a sign that a deal is coming.

The next big question is how much a deal is priced in? And what will OPEC+ do in response (potentially slow the pace of production hikes). Iran has said it can restore its output in 3 months. There’s another question about how much oil is Iran already exporting covertly as well.

Update: the US deleted sanctions on 3 people in Iran, including 1 oil official. Oil has bounced back to $69.49 from a low of $68.68 in a hint this doesn’t necessarily signal a deal, or that a deal is already largely priced in.