Production boost is smaller than feared 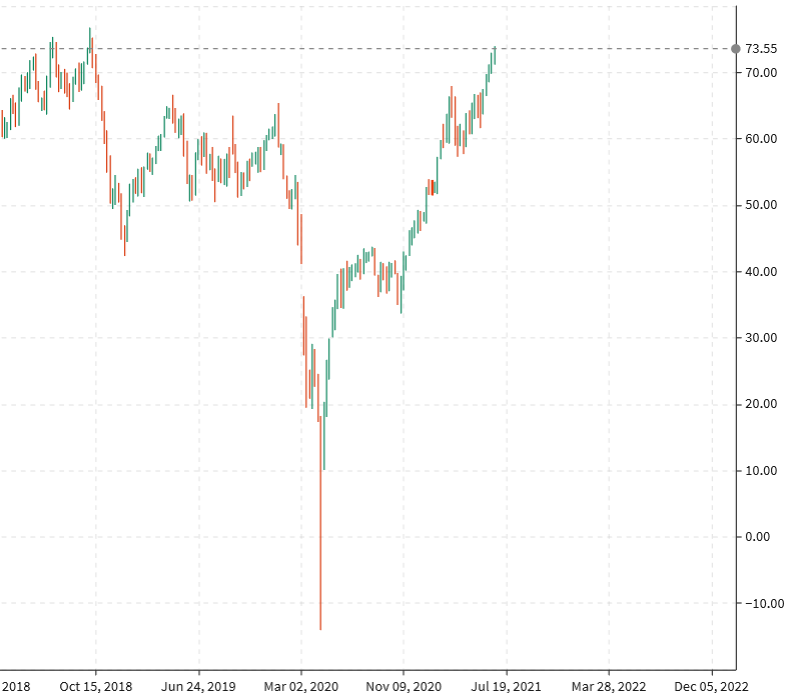 It’s no surprise that OPEC+ would be increasing production in August. They’ve slowly brought back production for months, adding 2mbpd plus the voluntary Saudi cuts and that process will continue through July.

The WSJ reports that they’re thinking about returning production in 500k bpd increments in August. They will meet on July 1.

Delegates are currently looking at adding another 500,000 barrels a
day in August, possibly followed by similar bumps higher in subsequent
months, delegates said

Given that brent is at $75.50, I would have expected them to bring back barrels more quickly. The high for WTI (shown above) was $76.78 in 2018 and there isn’t much standing in the way of a return to that level.