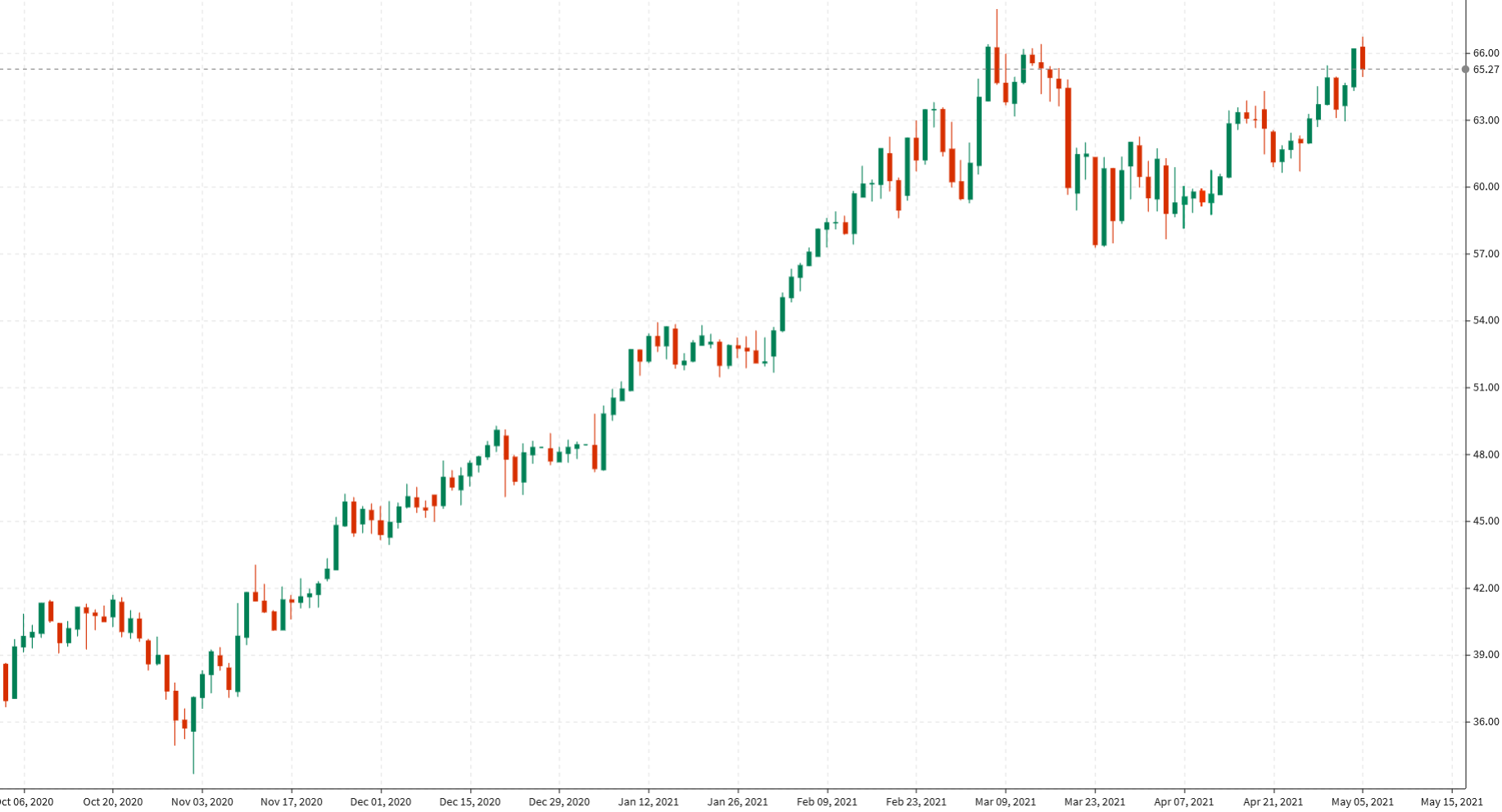 We saw a pop into the oil settlement yesterday and then further gains on US inventory data but crude has softened substantially in the past hour or so.

$66.09 was the high close of the year in March but in the big picture, I think we’re getting some jitters around the old highs. The spot to watch now is probably Brent. It topped out today at $69.95 and I don’t think that’s a coincidence.

Almost everyone who is bullish is afraid of OPEC+ and $70 is a level where they may feel like the taps will loosen a bit more.

Meanwhile, I increasingly believe that we’re going to have a supply deficit once the pandemic is over. Auto sales last month were very strong and it’s all trucks and SUVs. On top of that, there’s talk about 20m US auto sales next year and people are driving everywhere rather than taking public transport. Demand will hit records in 2022.

On the supply side there is so much caution. I listed to the earnings call today of an oil company that earned 9% of its market cap in free cash flow in Q1 at prices $5 lower than today. He has two add-on projects that are extremely economical to tack on some incremental supply but he said he’s uncertain about prices and won’t decide until Q4.

That’s the feeling almost everywhere and by the time those decisions are made (and imagine on long lead-time projects), there will be a material deficit.