WTI closes in on its 2018 highs going into European trading 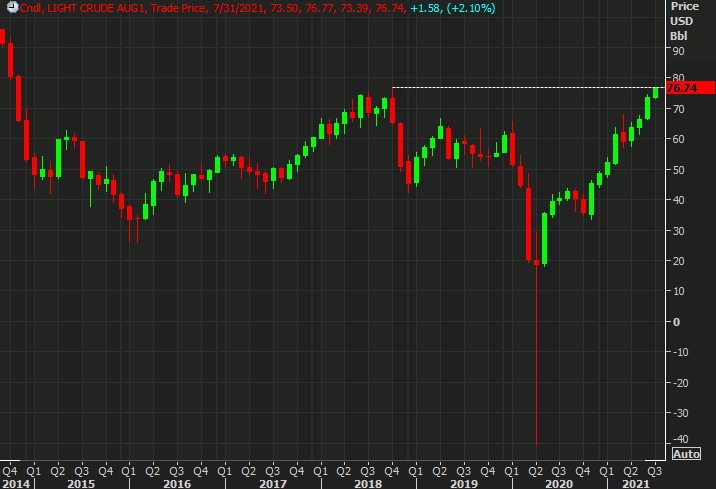 Oil is up a little over 2% on the day as price now climbs to $76.70 levels and nears the 2018 high @ $76.88 after OPEC+ talks get abandoned yesterday as the standoff between Saudi Arabia and the UAE continues.

From a technical perspective, a break above the 2018 high will leave little in the way towards an extended push to $100.00 but that is quite some distance to cover so I wouldn’t expect said run to come within a short period.

In any case, there are still some potential bumps along the way and one of that being once OPEC+ sorts out this mess and officially announce a deal to increase output in the months ahead and also work out plans for the new year.

That could cause a bit of a hiccup and perhaps offer some excuse for profit-taking but if anything else, that is another dip worth scaling in more longs with some measuring of risk levels based on the charts of course.

For now, baby steps. We’re near the 2018 highs already and that itself could spark some room for buyers to take some money off the table amid the uncertainty and mess created by OPEC+, though the lack of a deal i.e. less supply is a good thing in the short-term.