Who started the fires? 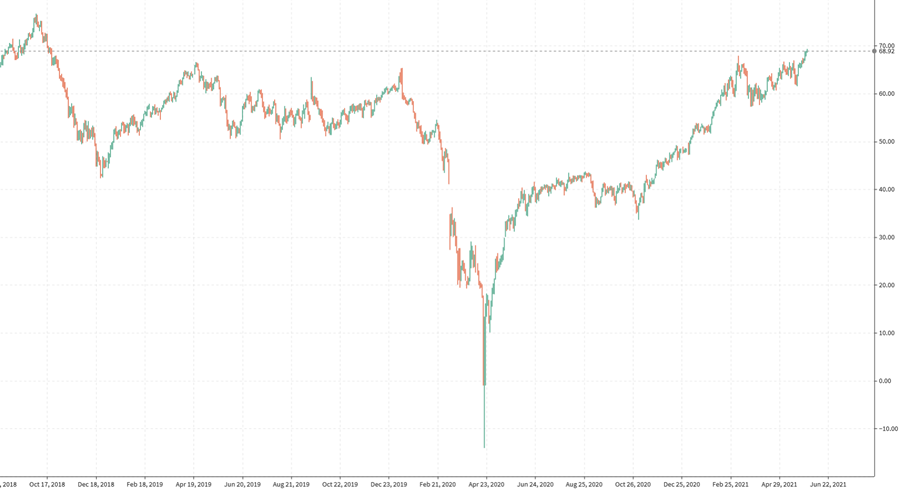 In the span of a few hours, the heaviest ship in Iran’s navy caught on fire alongside a refinery in Tehran. The ship sank but the flames at the refinery were contained to 18 storage tanks, according to local reports, who also said it was due to a leak in pipelines.

Two fires would be an odd coincidence but it’s especially odd given ongoing nuclear negotiations and a recent explosion at a nuclear facility.

The New York Times speculated that Israel was involved and the oil market climbed. WTI hit a fresh cycle high at $69.40 and brent rose to $71.99.

Both are down about 40-cents from then but have risen after the US APD employment report showed an acceleration in hiring. That’s something that could be a precursor to unexpectedly strong demand.

Late yesterday, the API report showed an unexpectedly large draw in oil and we will get the official data at 1500 GMT. 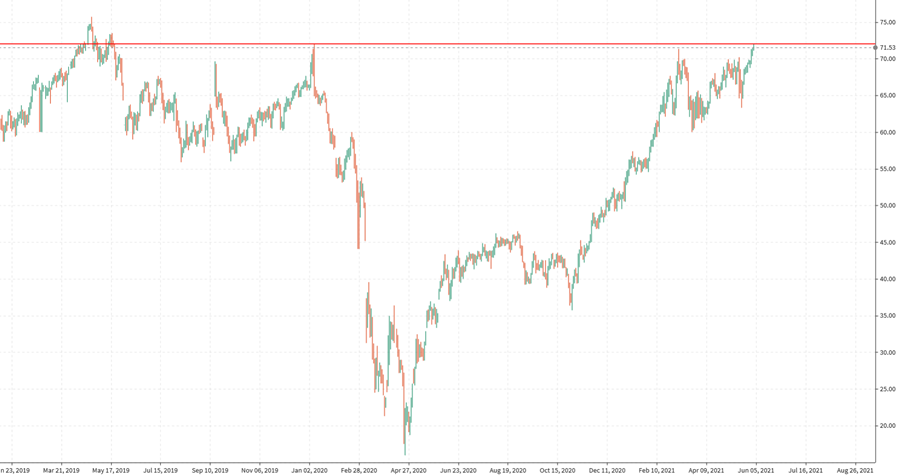