No new day has been set

The OPEC+ meeting has been postponed with no new day being set. As a result, OPEC will keep the same levels of production with no increased production.

Reza Zandi had reported earlier that Iran’s oil minister Zanganeh, was not going to attend the meeting and had left the Ministry of Petroleum.

The price of crude oil is moving higher on the back of the report.  The price is moving up to test the high from last week at $76.20. 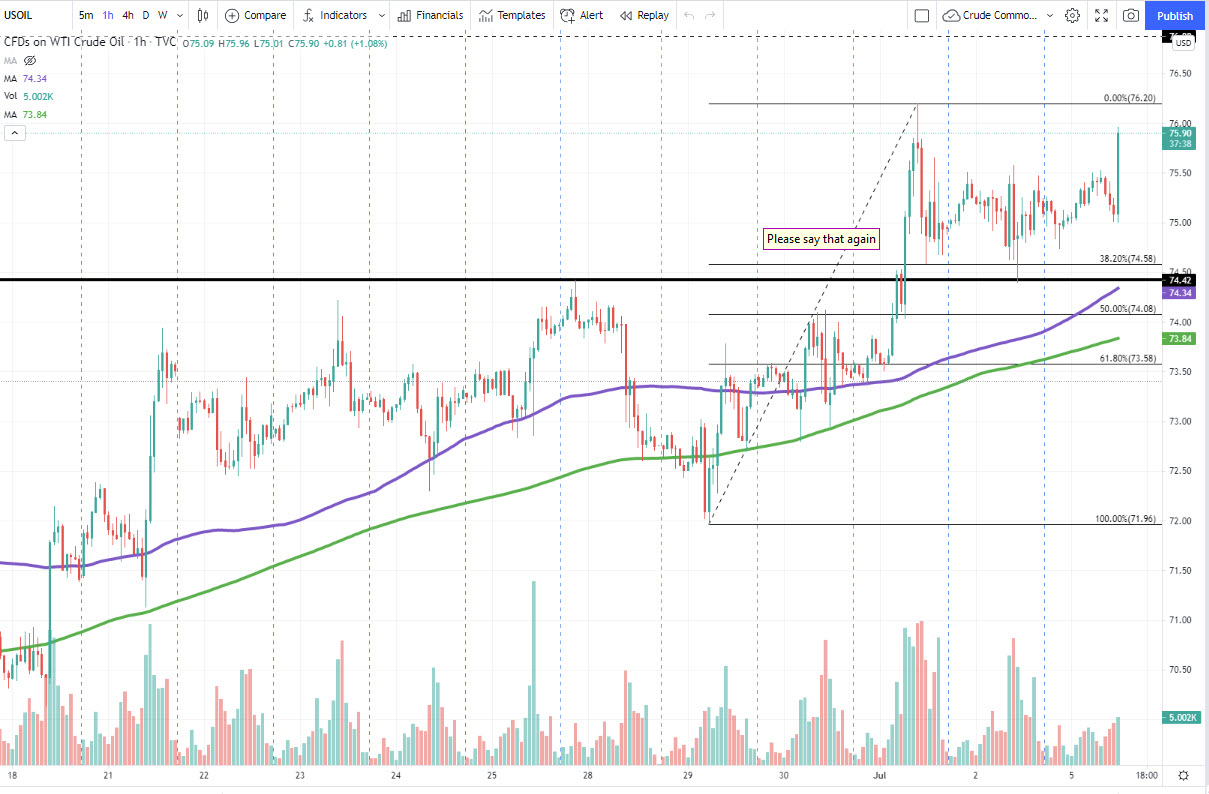