The saga grinds on

I don’t think there is really a question about whether or not an infrastructure bill happens. It’s more about how large the bill (or more likely bills) will be.

Senate majority leader Schumer is out now saying there has been some progress on the bipartisan deal. On the Democrat-only deal, he also said the Senate Budget Committee is “close to finalizing a budget resolution,” which Congress must approve first in order to move a reconciliation package, which will be considered this month.

I think it will ultimately be infrastructure and a patient Fed that kicks off another round in the reflation trade. Scotia was out with a bullish note on copper today and note that it’s held up nicely in the past few weeks. 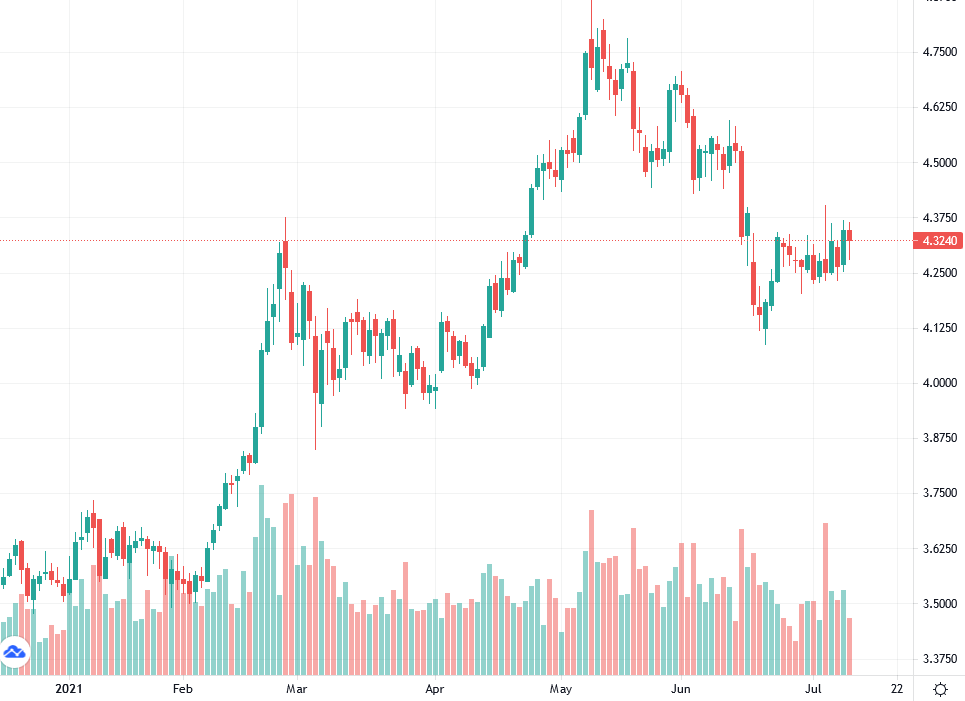