Three huge events and what they mean 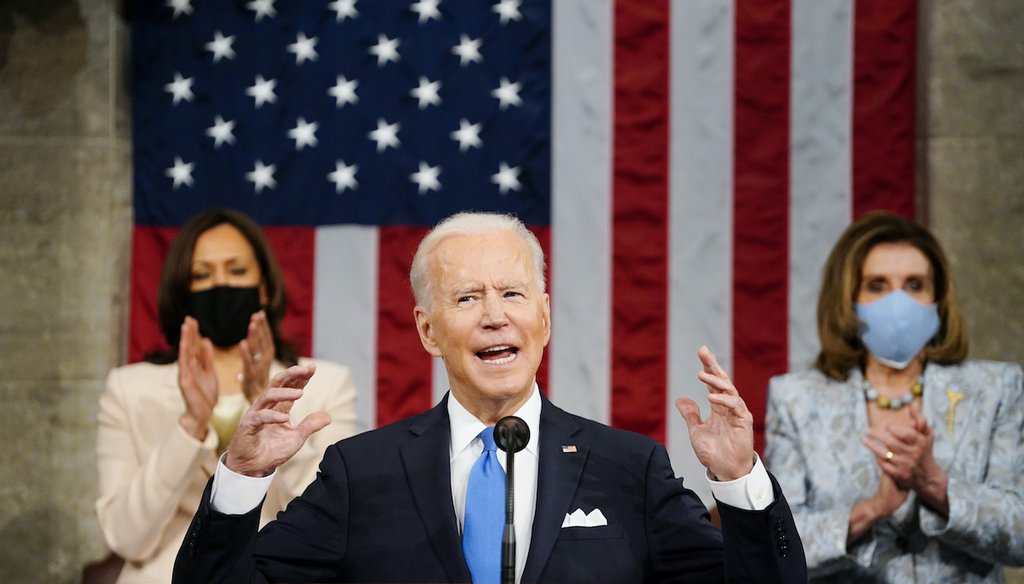 Every day in markets, there’s a temptation to get bogged down in the details of what’s moving today and why. It’s month end and it’s noisy. I believe now is a good time to ignore the trees and see the forest.

Here are three things that happened in the past 24 hours:

At some point the FOMC will end the fun but every indication right now is that they will wait longer than ever. Some jitters built up into yesterday’s FOMC decision because the BOC tapered and brought forward the timeline for hikes. Economic data has also been very strong.

Despite all that, Powell didn’t offer the smallest hint of tightening. He emphasized that the Fed will ignore the looming rise in inflation and said that it’s not the time to talk about a taper.

That’s bullish for risk assets and negative for the dollar.

2) Biden made a strong case

Watching the Congressional address from Biden yesterday, he overwhelmingly talked about spending priorities. I thought he made a powerful case with the argument that the US needs to spend on infrastructure and education to compete with China. I think that resonates with voters.

There is plenty of uncertainty about the latest stimulus but at the very least it will be another $1 trillion because Republicans want to spend on true infrastructure as well. But given’s Biden’s commitment and his ability to forge a consensus among Democrats previously, I wouldn’t bet against him getting the full +$2 trillion he’s seeking.

At the start of the quarter, many economists were warning about negative growth. The pandemic was raging and it meant new shutdowns. Instead, it was one of the best post-war quarters as stimulus payments led to enormous spending on consumer durable goods. If not for drags from inventories and trade, GDP would have grown 10%. Given that there were even-larger stimulus payments late in Q1, that momentum will continue in Q2 and Q3 as the economy reopens. With home prices raging and business investment growing, I expect 2022 will be strong as well.

We have incredible growth combined with ultra easy fiscal policy and wildly stimulative fiscal policy. Yes, much of that is priced in but it’s the kind of setup that doesn’t end in a whimper. It won’t end until there’s a blow off.

The one risk is inflation but that’s so bullish for commodity FX and emerging markets. Bond yields are nowhere near levels that will materially hurt borrowers.

This is a bull market. There are only two trades: 1) long risk 2) on the sidelines