The talks to revive the Iran nuclear deal are resuming in Vienna on Saturday.  European leaders called the negotiations “intense” with Germany calling for rapid progress.

The talks kicked off with Iran, Russia, China, France, Britain, Germany and the EU gathered in a hotel. The US delegation is across the street as Iran refuses to face-to-face meetings with the US.

Although the EU leader Mora has expressed optimism on a deal, others are more hesitant with many issues yet to be resolved.

Former Pres. Trump pulled the US out of the Joint Comprehensive Plan of Action which installed strict limits on Iran nuclear activities, and reimposed economic sanctions, which then led to Iran producing more enriched uranium that could be used for nuclear weapons.

Should there be a deal and if economic sanctions are lifted, and Iranian oil comes back on the market, it could lead to more supply and lower prices.

The price of crude oil moved above $70 a barrel for the first time since October 2018 last week. The high price reached $71.21 before backing off and closing the weak near $70.79. The price tumbled lower after headlines that the US was reducing sanctions against an individual. That headline solicited a response from US officials that it did not preclude further sanction reductions against Iran.  The price moved back above the 100 hour MA (blue line), and remained above that line on Friday on a retest.

It will take a move below the 100 hour MA and 200 hour MA to tilt the technical bias more to the downside going forward. 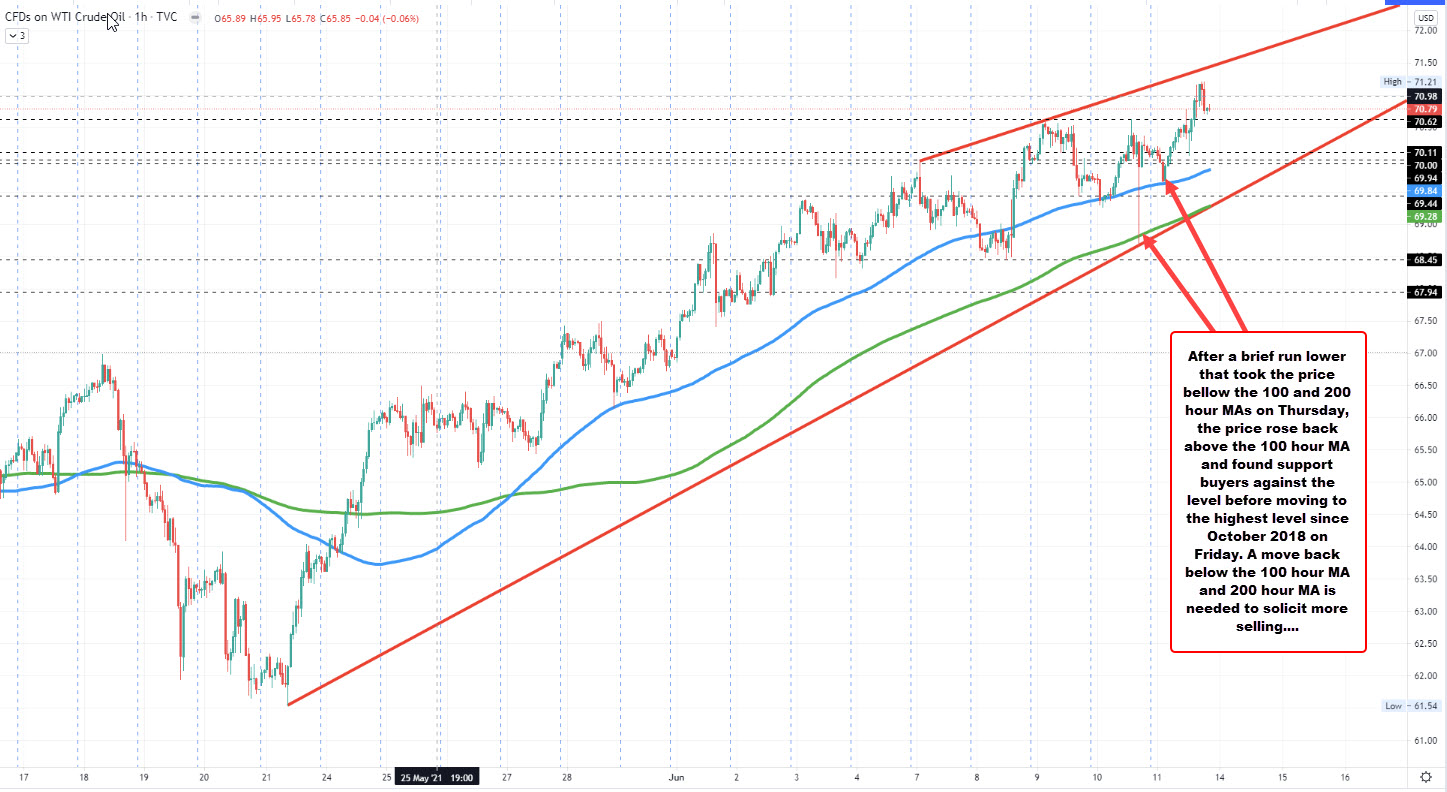