US stocks are lower sending the US dollar higher

As the North American session begins, the USD is the strongest of the majors while the NZD is the weakest.  US stocks are trading lower as per the premarket futures.  US yields are marginally higher. Gold is lower. Risk off flow are dominant in trading at the start of the NA session. Trade data from the US and Canada will be released at the bottom of the hour. US factory orders/durable goods will be released later this morning. Feds Daly/Kaplan are scheduled to speak later in the day. US auto sales came in at an annualized pace of 18.5M for the month of April (as per Autodata) for the second consecutive month. That has not happened and over 15 years. 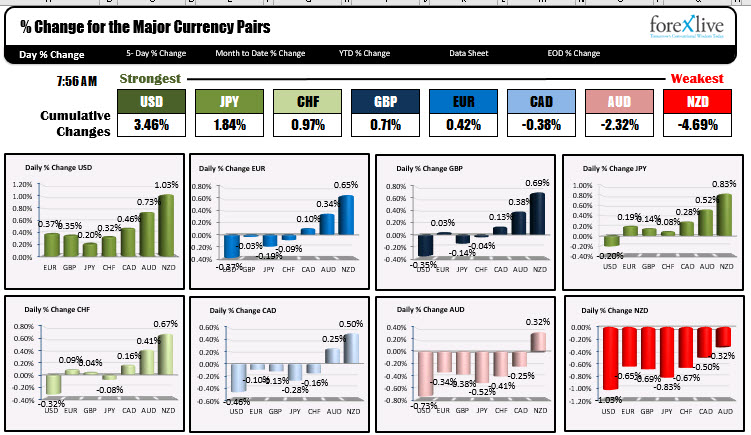 Looking at the ranges and changes, the morning snapshot shows the NZDUSD leading the way with a decline of -76 pips as it trades near session lows. The AUDUSD is them 57 pips and the USDCAD is up 58 pips and also near the highs for the day. THe USDJPY and USDCHF are also higher but off the highest levels. The JPY and CHF tend to be “safe haven” currencies as well (in a risk off environment), but it is still being overpowered by the USD today (but off highs). 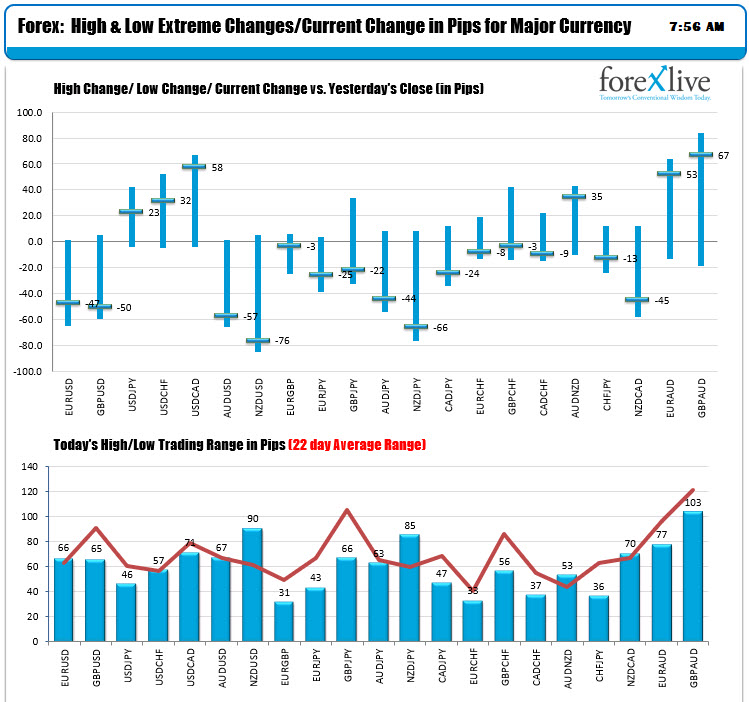 In the premarket for US stocks, the major indices have moved lower with the NASDAQ leading the way again. The NASDAQ has declined for three consecutive days (working on its fourth).

in the European equity markets, the major indices are also trading mixed:

In the US debt market, the yields are mixed with the 30 year down marginally. The other yield curve levels are marginally higher led by the five-year at +0.8 basis points.

The European debt market, the benchmark 10 year yields are mostly lower with the exception of the Italian yield which is up 1.1 basis points. UK traders are back at the desk after the bank holiday yesterday. The 10 year UK yields are down -1.6 basis points.