The wall of worry builds 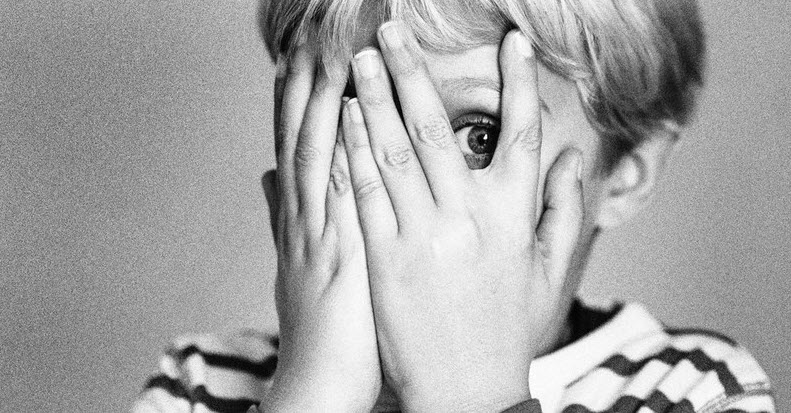 The selling in equities continues while bonds have steadied. The US dollar has been under heavy pressure aside from the commodity currencies.

If there was a time for a bit of safety seeking, this would be it and here’s why:

The selling in US equities today is heavily skewed towards tech and it’s no surprise that we get earnings today after the bell from:

Shopify and Spotify also report before the open tomorrow.

Tesla beat yesterday and the shares are down anyway. That’s been a consistent theme so far so unless you’re expecting a massive beat, expect some selling.

The long-term record of buying stocks on Fed day is sparkling but in the past year it hasn’t been so pretty. Most market watchers anticipated a tilt back towards the dovish side on temporary inflation and delta worries but the risk is that Powell holds the line and tees up a taper. 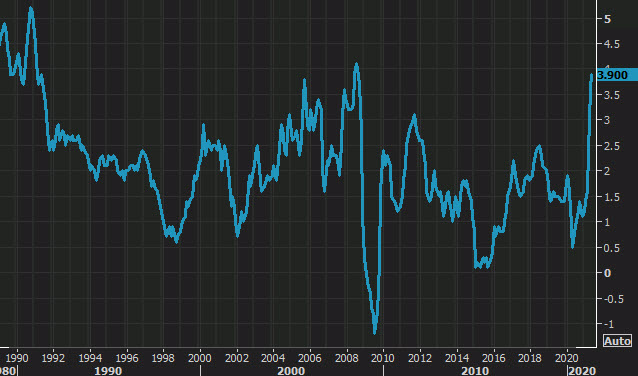 The PCE report (headline PCE on the chart) is due on Friday and the Q2 GDP report on Thursday are part of a heavy slate of data this week. The reaction function to economic data hasn’t been entirely clear this year. We’ve had a series of goldilocks numbers lately but the market hasn’t cheered. One thing is certain though, high inflation is problematic and that is a risk worth guarding against.

Leverage is the background noise to everything in markets at the moment. It’s uncomfortably high and that perpetually leaves the market vulnerable to a violent pullback if there is every something genuine to worry about. At the same time, we’re a whisper away from record highs in the all the main US equity indexes.

The selling in Chinese equities this week on the combination of delta worries and a crackdown on educational companies. The longer it goes on, the tougher it is to ignore. The chart of the Hang Seng isn’t a pretty picture: 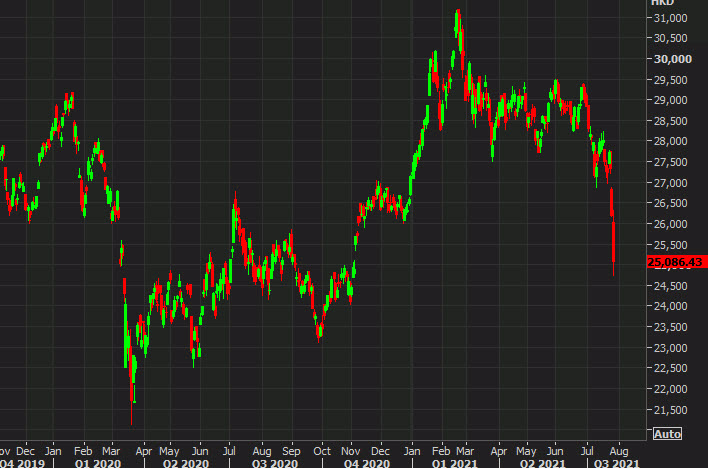