A look at what’s happened 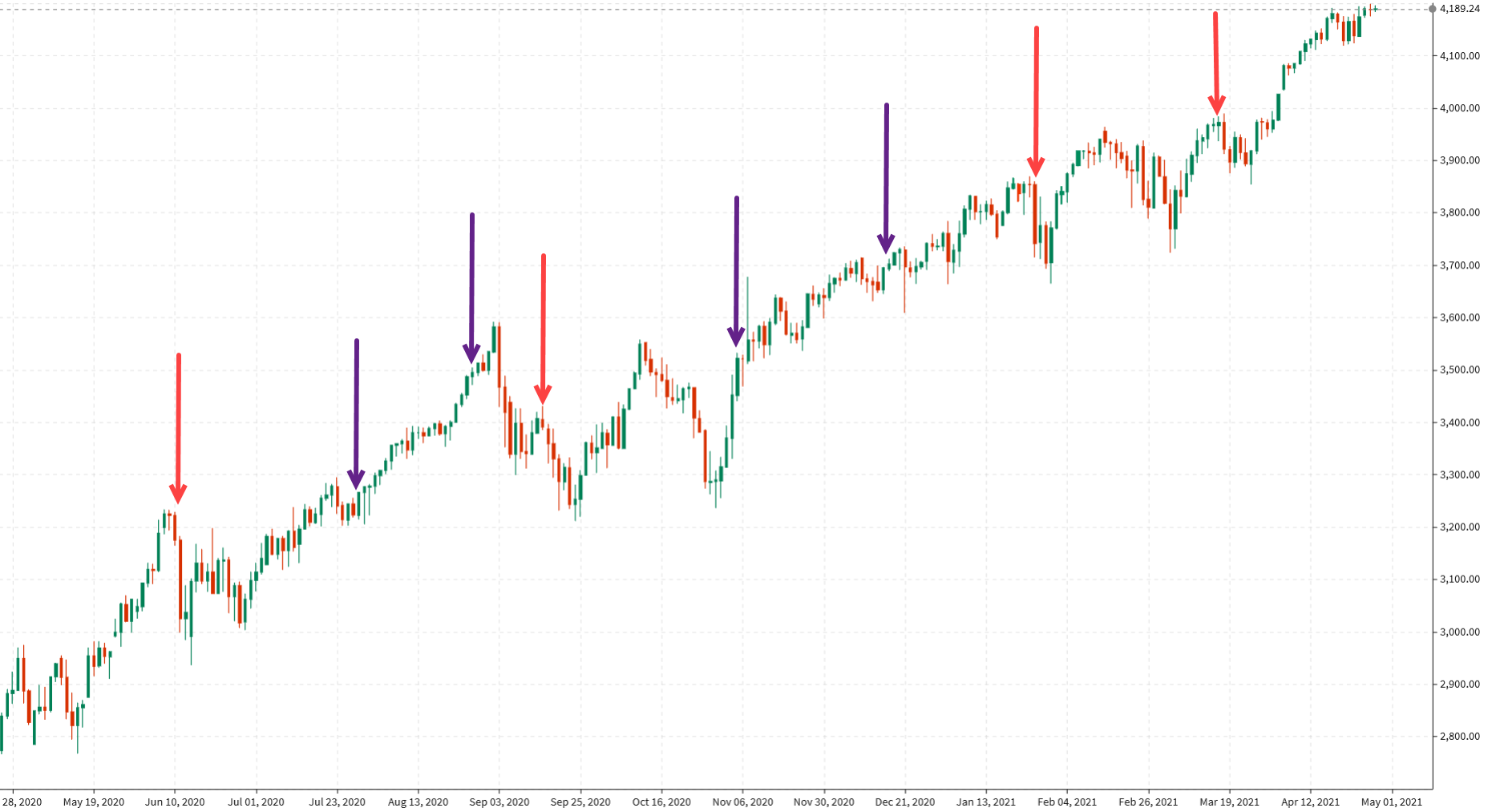 The highlights of that statement and press conference were almost entirely dovish, yet equities took a hard dive over the next four trading days in a nearly 8% fall.

The July and August FOMC statements had little effect on markets but the S&P 500 fell 5.7% after the September statement. There was nothing in the dots or statement that should have worried the market. Powell said they were prepared to ease further if risks emerged and they rolled out new forward guidance about averaging 2% over the longer term.

The November FOMC was right on top of the US election and in December it was battling with year end.

However the two decisions this year also coincided with pullbacks in risk. In January, the Fed decision also fell right in the heart of earnings season, with MSFT earnings on the same day. People picked apart his performance that day to attach it to the drop in equities but that was a stretch.

It was even more of a stretch when it happened in March, because he didn’t even offer a sliver of any reason to sell stocks.

There are two takeaways here: