US initial jobless claims and continuing claims for the current week 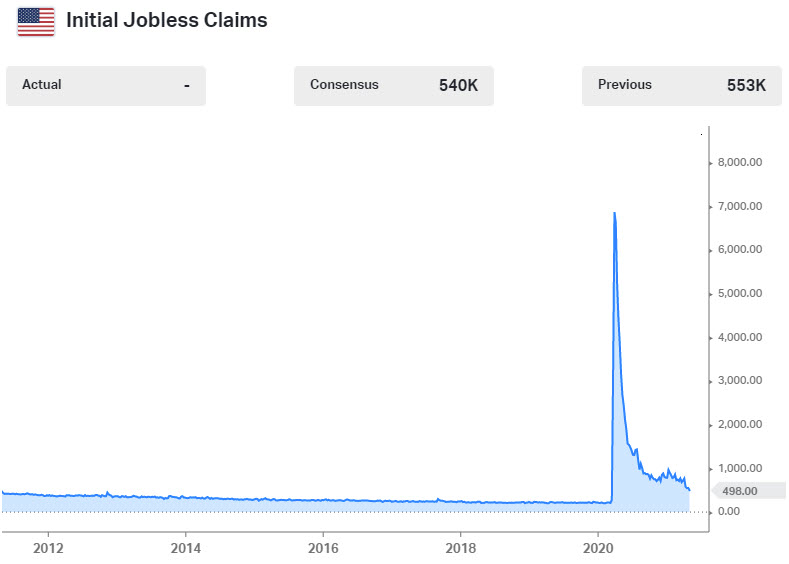 The initial claims was the lowest level since March 14, 2020 when it came in at 256K.
Invest in yourself. See our forex education hub.