Jostling in the US Senate over the infrastructure bill is continuing.

So the first attempt to move a compromise cryptocurrency amendment through for the infrastructure bill is blocked.

This is referring to the Toomey Warner Lummis crypto amendment. This had secured the backing of the Treasury and the White House and its just now failed to pass by unanimous consent.

Which delays a final vote. This ain’t over, a vote was anticipated Monday but it might take longer.

While on the subject of crypto, BTC has had a good run higher: 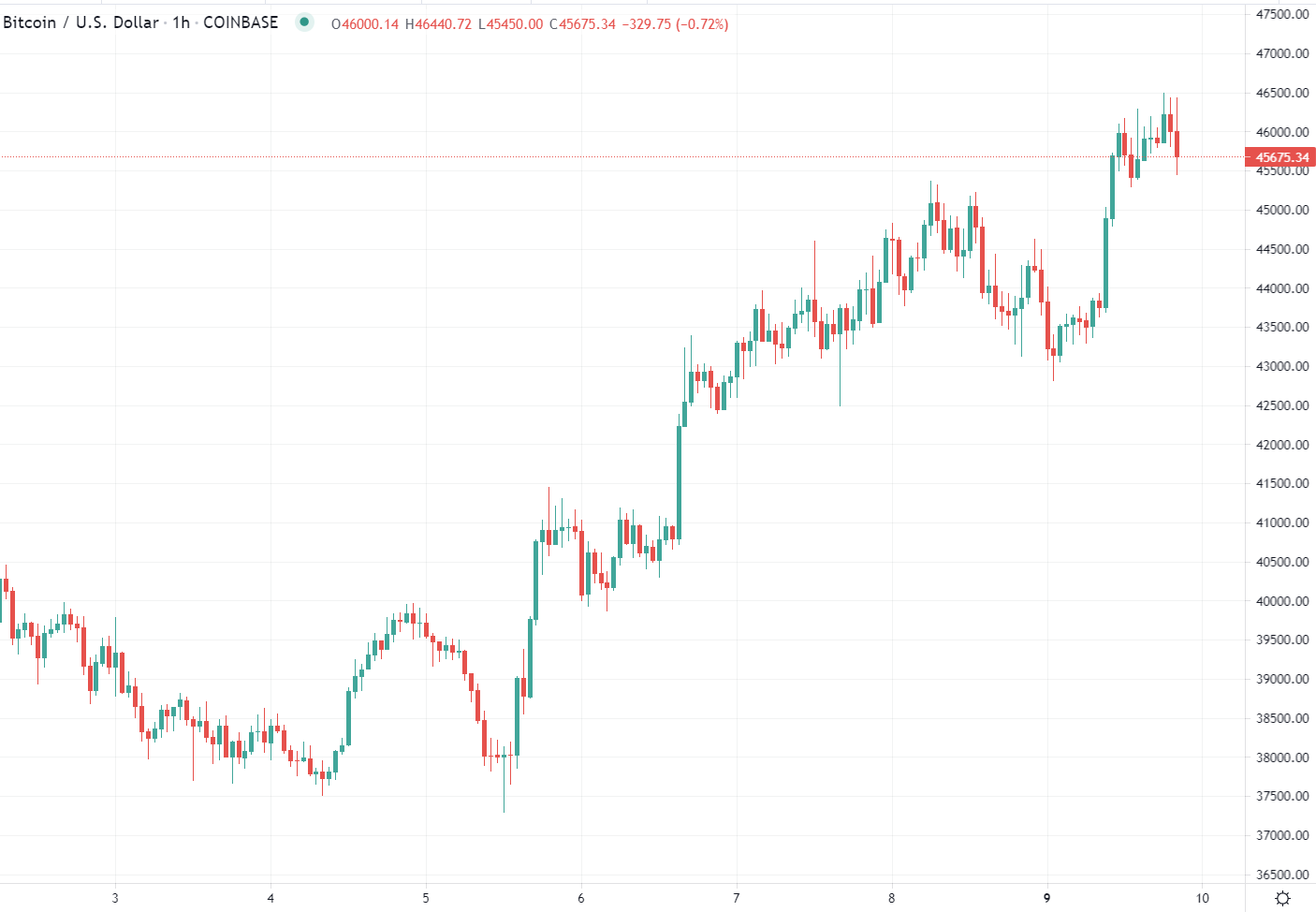