USD/JPY in retreat after failing to hold a break above the key resistance level of 112.00 in trading yesterday

Close but no cigar for buyers. The yen managed to rally back as equities tumbled and as bonds caught a bid going into month-end trading, with 10-year Treasury yields falling back below 1.50%, resulting in a strong pullback in USD/JPY.

The pair had flirted with a potential break above 112.00 yesterday but ultimately, the softer daily close brings about some new complications for buyers.

For one, the near-term bias in the pair is now more neutral as price has fallen through its 100-hour moving average and allowing sellers to wrestle back some control:

There is some support from the 38.2 retracement level of the recent upswing but the pair essentially has room to roam in between its key hourly moving averages at 110.65-39 in trying to establish the next short-term push.

That said, the next directional move will largely depend on the bond market. 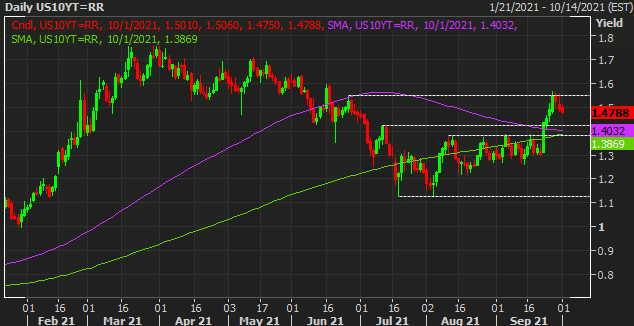 10-year yields are slightly in retreat mode for the time being after the sharp surge higher in the early stages of this week following last week’s technical breakout.

I’d still argue that the move in yields could still extend towards 1.60% but perhaps a bit of a breather now makes sense, with equities coming under pressure.

Let’s not forget that bonds are still a natural haven asset in all of this.

But amid the energy crisis globally, it could be tough to challenge the momentum from inflation fears/expectations so that is still something to keep an eye out for.

European natural gas prices are at crazily high levels and may yet rise further: 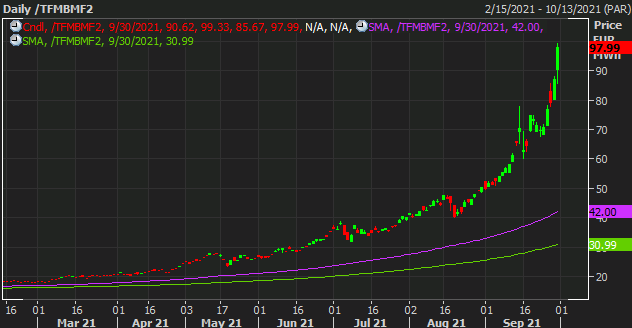