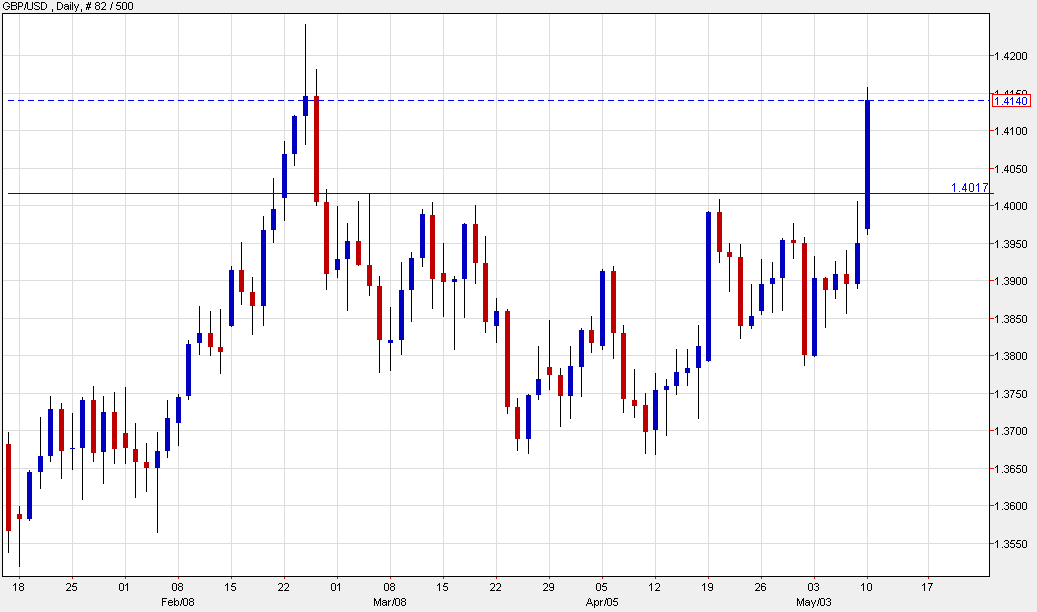 SNP leader Nicola Sturgeon told Boris Johnson yesterday that an independence referendum is a “matter of when, not if” but the market disagrees.

Cable is surging today, up 160 pips to 1.4141 to the highest since February. The SNP is one seat short of a majority and could work with the pro-indepence Greens to make it happen but the market is making its vote.

You could argue that some of the pop in GBP is the tail risk of a large SNP win coming out of the market. You could also argue that the lack of a big surprise turnout from SNP supporters suggests that enthusiasm for a referendum is also modest.

Maybe a better argument is that it’s technical. Look at the break of the many March/April/May highs that have fallen today.