The high price reached the $71.92 while the low price extended down to $69.18 before bouncing. That low was the lowest level since July 21.

Technically, the price dipped below the 50% retracement of the move up from the July 20 low. That level comes in at $69.64, but could not sustain further downside momentum toward the 61.8% retracement at $68.56.

The subsequent rise back to the upside – aided by Mideast tensions – push the price back above the broken 38.2% retracement $70.72 briefly, but that move could not be sustained either. Going forward it would take a move back above that $70.72 level (and stay above), to give the dip buyers some added confidence. 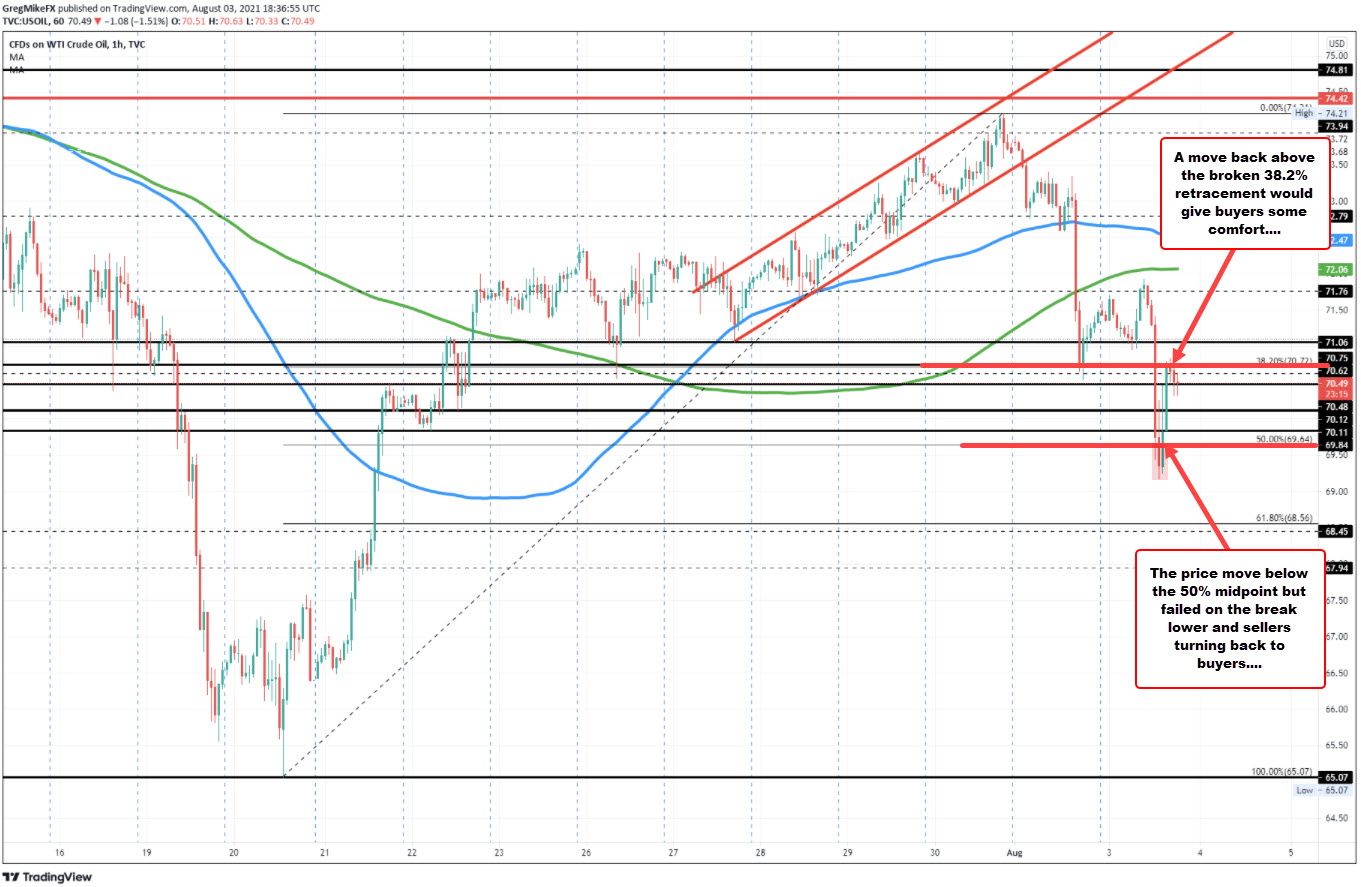 Meanwhile the US State Department is saying that the US is aware of reports of a maritime incident in the Gulf of Oman. They are concerned and are looking into the situation.  Iran forces meanwhile are our denying involvement in the ship incident.

LLoyd’s List is saying that they can confirm that the Panama Flagg Asphalt Princess, an asphalt tanker, was hijacked by heavily armed unauthorized persons who demanded vessel sale for Iran.