Below are the forex rates after the press conference. Overall the US dollar moved lower, but has seen a little bounce since reaching new low levels. 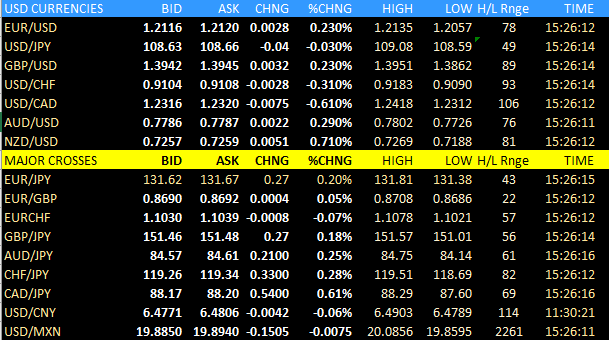 US yields turned negative on the day and trades near the lows.

The Dow remains negative. The S&P is up modestly. The NASDAQ is down modestly at the end of his press conference. Levels were higher but when he said some assets were frothy, stocks turned from positive to negative in the Nasdaq (albeit modestly).