Biden to meet with Republicans and Democrats 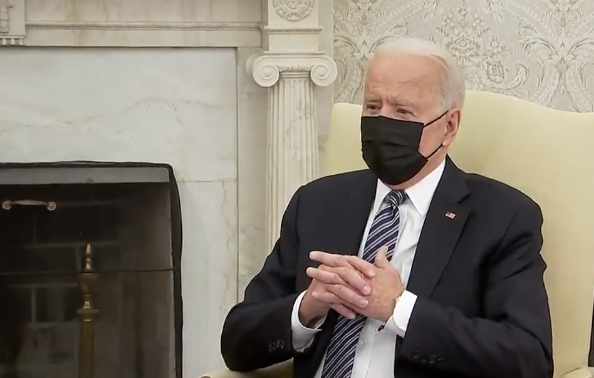 Mitch McConnell and Kevin McCarthy are at the White House today, along with Democratic Congressional leadership to talk infrastructure and if there is a path forward on a compromise.

“The bottom line here is we’re going to see whether we can reach some consensus on a compromise…we’re going to talk a lot about infrastructure,” Biden said before the meeting.

He was asked how they will do that and he joked that he would snap his fingers and it would happen.

Some headlines doing the round suggest that he made some kind of concession or that he now wants to compromise but nothing has changed. McConnell said just days ago that they will obstruct whatever Biden wants.

Either way the outcome is the same. I just don’t see McConnell with any interest in any kind of real compromise that would truly bring Democrats to the table. They’ll all pretend to make an effort but it’s posturing.