The price of bitcoin has run back to the downside after China reiterates a crackdown on mining. 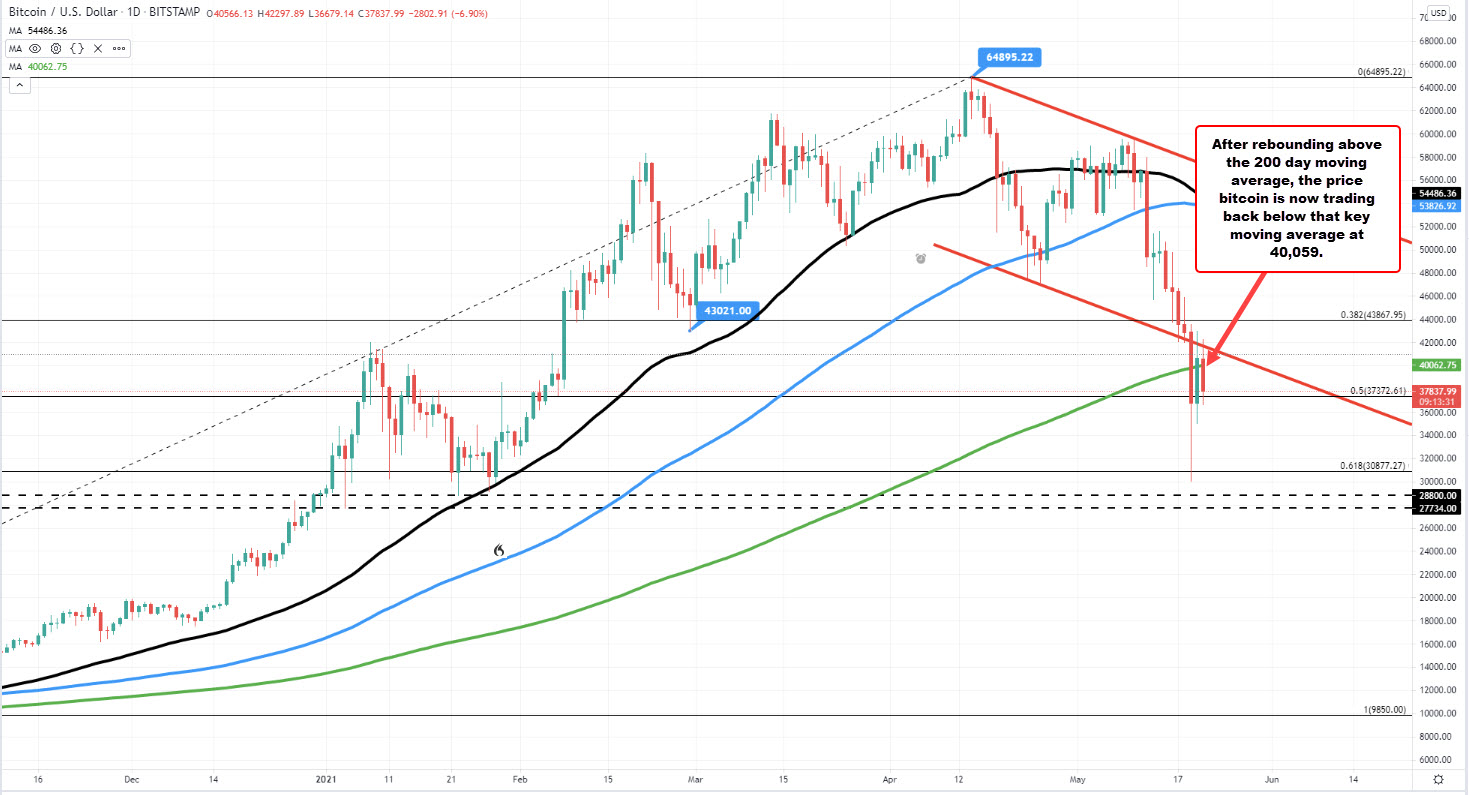 The price of the main digital currency bottomed at $30,000 earlier in the week.  Although well-off that level now, the technical bias is more negative below the 200 day moving average.

Drilling to the hourly chart below, the highs both yesterday and today stalled near its 100 hour moving average (blue line currently at $41,355). The price has subsequently moved below its 50 hour moving average (black line) – which was support earlier in the day – at $39,765. Those levels will now be upside resistance/risk for sellers. Stay below is more bearish. 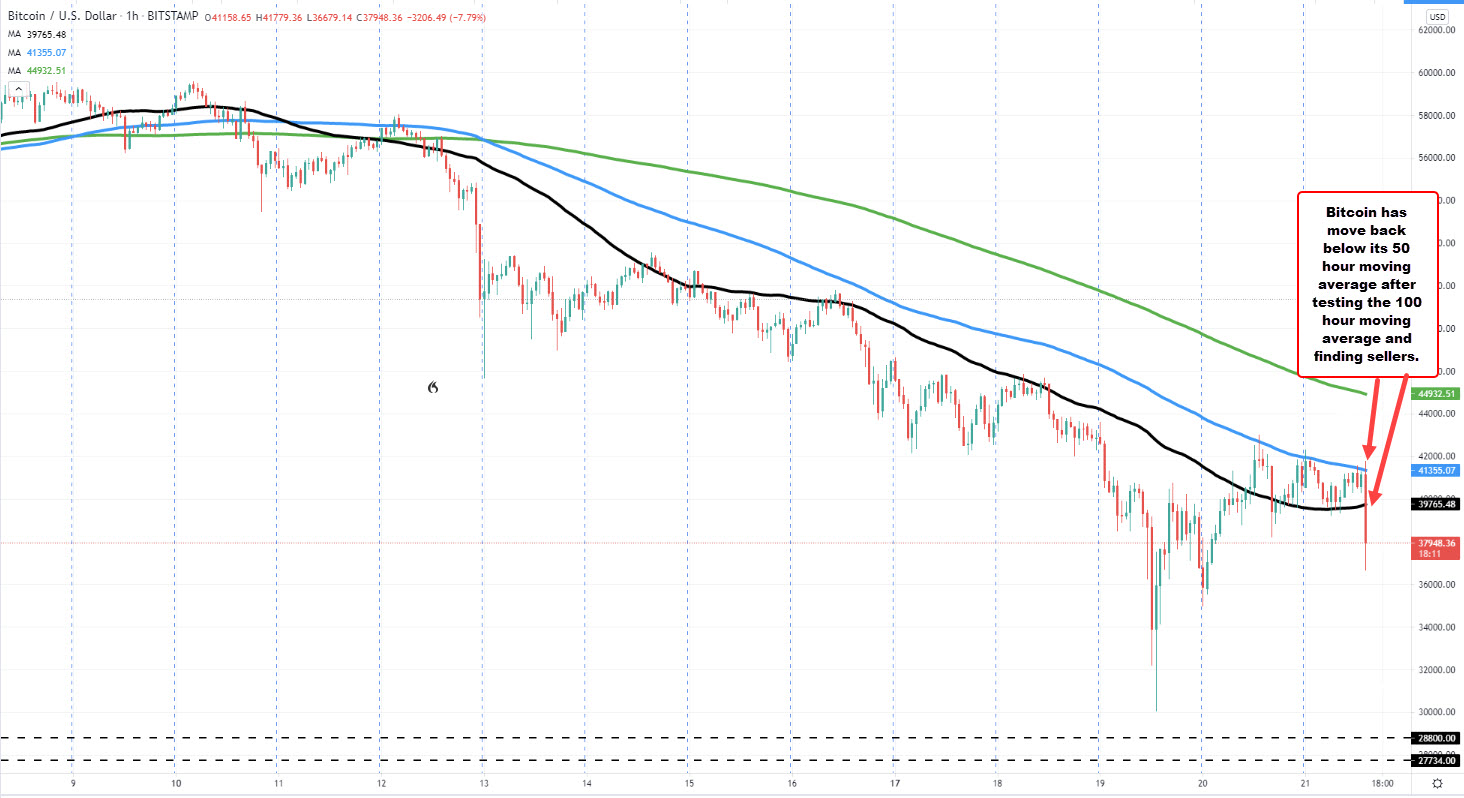 Looking at the hourly chart below, the price high yesterday stalled right around the $3000 level.  That will be a key level going forward.

The price has been trading above and below the 50 hour moving average for most the last 8 to 10 hours. The break to the downside will now have traders using that moving average as a resistance/biased level (currently comes in around $2703).  Stay below is more bearish. 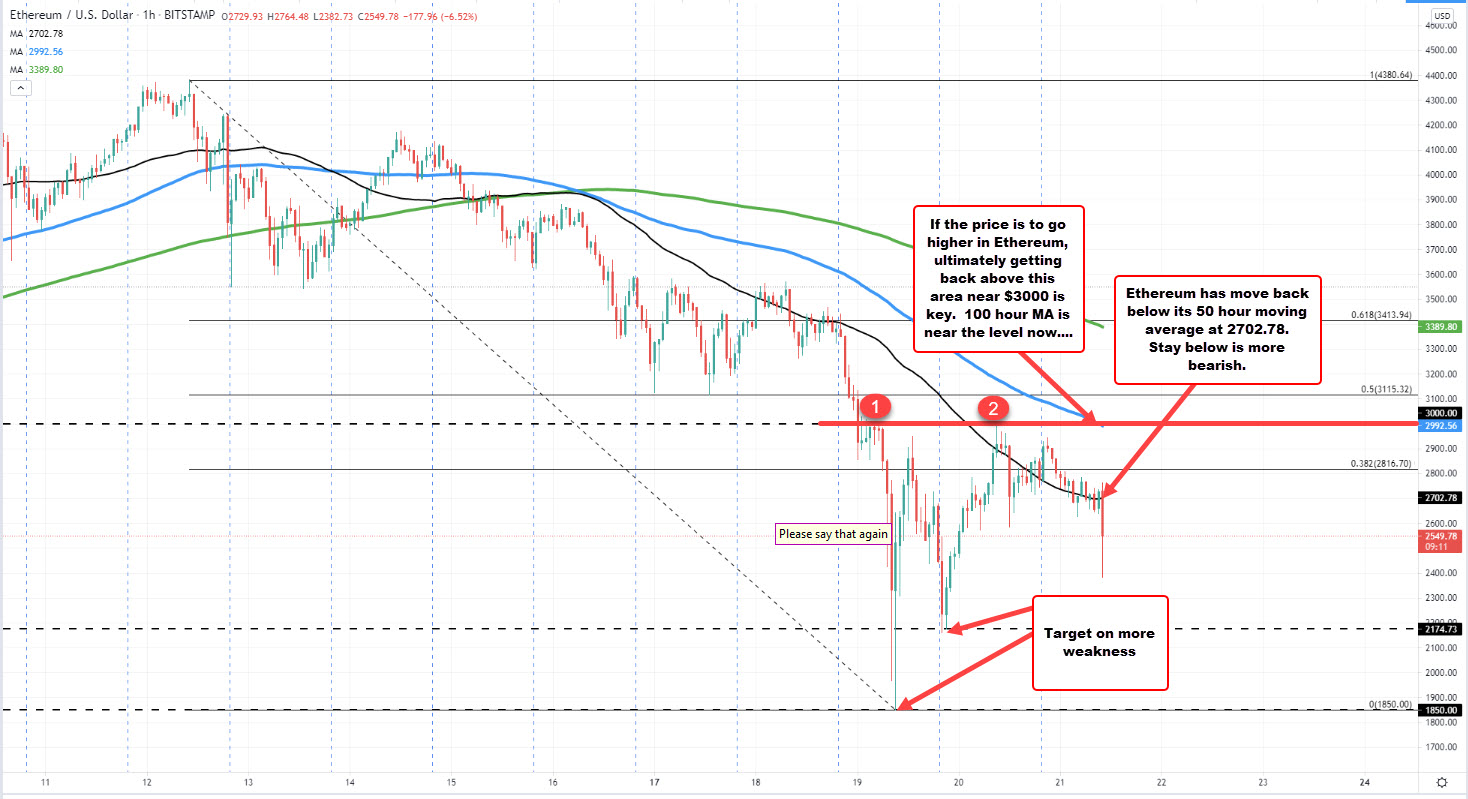