The flash crash of bitcoin back on September 7, saw the price moved down to a low of $42,900 (or thereabouts). The high price for the cycle move higher reached up to $52,956. The 50% midpoint of that range comes in at $47,928. Today, the price has extended above that midpoint further tilting the bias more to the upside at least in the short term. 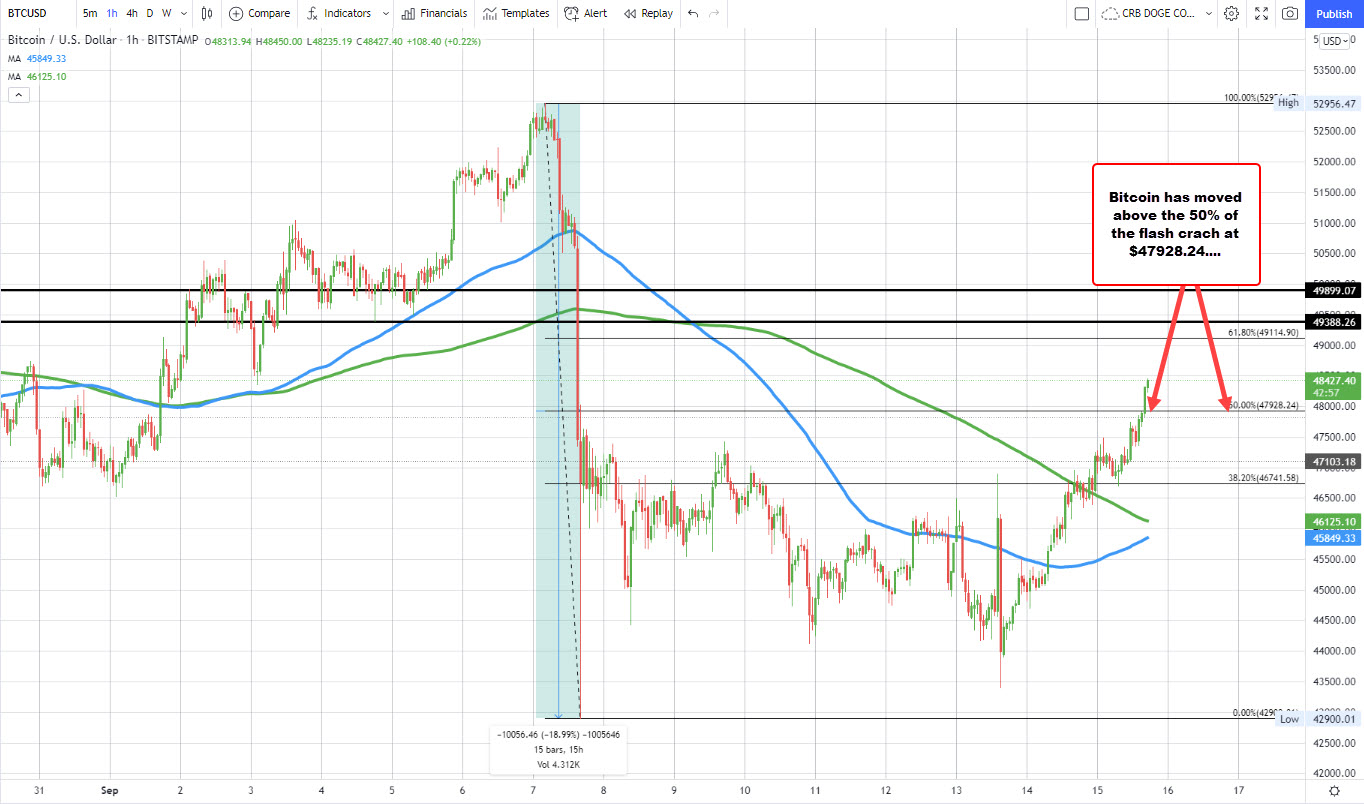 The next major target comes in against the 61.8% of $49,114 move above that level and traders will start to be looking toward round levels like $50,000 again.

A move back below the 50% midpoint would be a disappointment for the buyers. Often times, the midpoint acts as a pivot for the buyers and sellers.  Absent that, and the buyers remain in control
Invest in yourself. See our forex education hub.