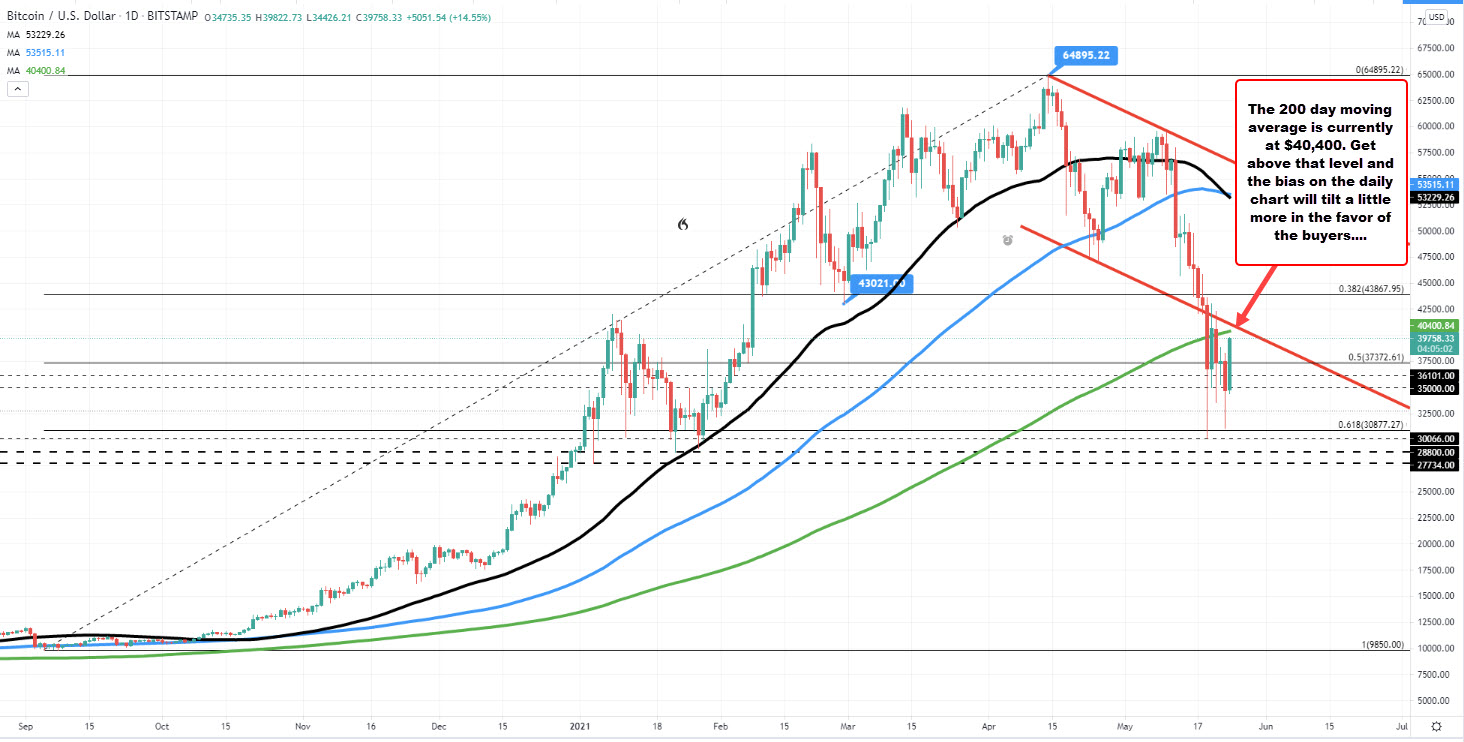 Helping the move to the upside is that Elon Musk tweeted that he spoke with American bitcoin minors, and they committed to publishing current and planned renewable usage.  He described the conversations as potentially promising.

Musk said that he would not accept bitcoin for payment for his cars due to the energy consumption needed to mine the coins.  That added fuel to the downward bitcoin bias.