If you’ve been out and about on the weekend and missed the moves, BTC has given back some of its recent gain:

As for the headline to this post, here is the argument on China’s power blackouts triggering the drop:

April 10 explosion …. impact on April 18. Really? Is this an example of a back-fitted narrative? Anyway, there you go, check out the two linked posts above for alternative explanations.

The latest talk I have heard is 9000 BTC were sold in a series of hits from one Chinese-based ‘whale’. I am a fan of simple explanations and this seems the most likely I have heard. 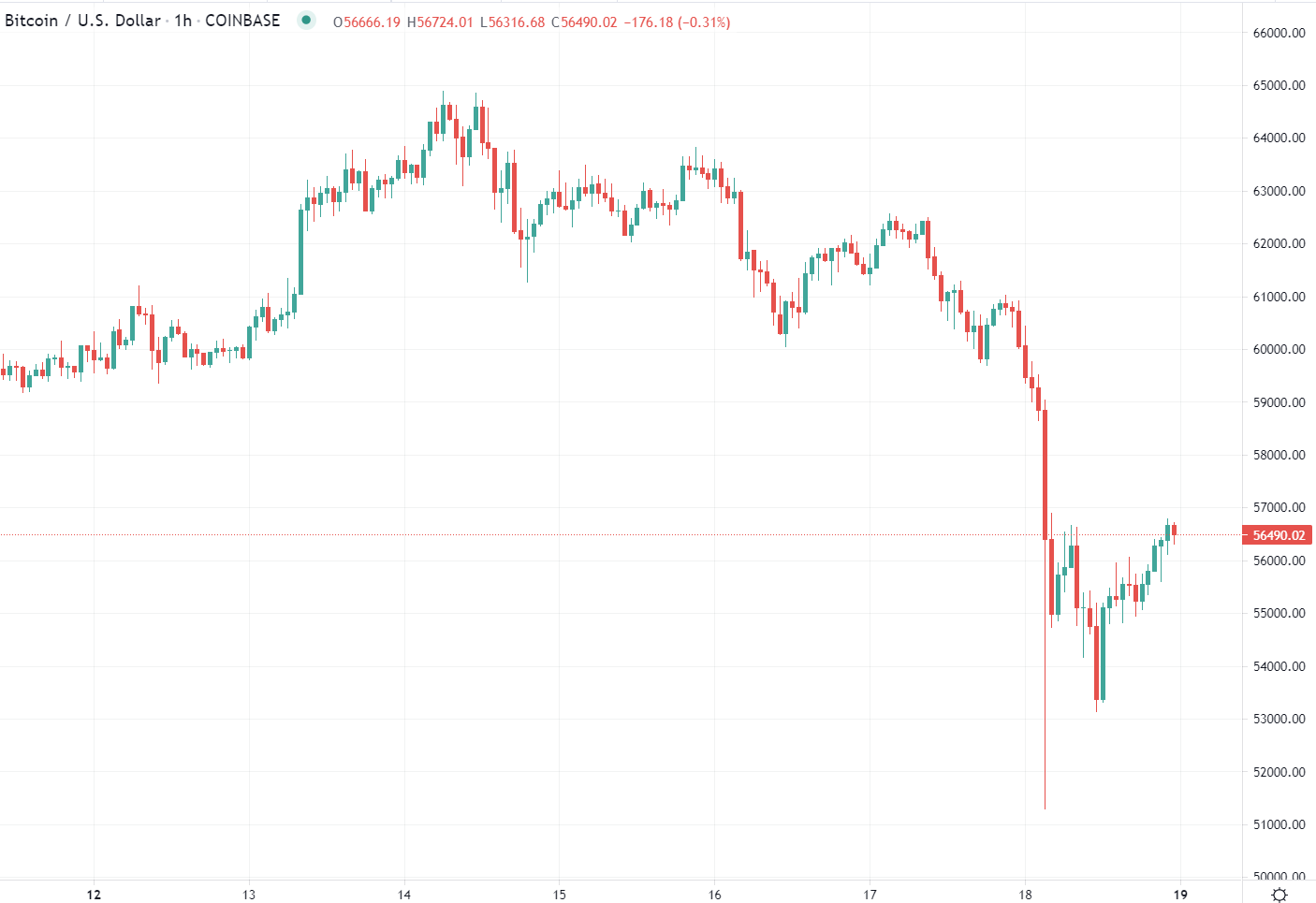 The background to this is that price and hash rate do tend to show correlation. The good news would be, if indeed this is the ’cause’ of the price drop, is that once the hash rate starts to normalize the price of bitcoin should start to recover.