I’ve got the power

The recent sharp falls in Bitcoin have happened as Tesla’s CEO Elon Musk highlighted his environmental concern about Bitcoin. BTC is being pushed and pulled around on his tweets, so if you are looking for a decent twitter trade for a nit of jobbing this is a prime candidate.  So here is what all the fuss is about. I have drawn out some of the major points from a FT article on the subject and what people don’t like about Bitcoin mining.

Bitcoin mining is very ‘dirty’. The amount of electricity consumed to mine bitcoin is about the same as a medium sized country taking more electricity than Sweden, Ukraine, & Norway. Here is the FT chart showing that based on research from Cambridge University’s Bitcoin Electricity Consumption Index: 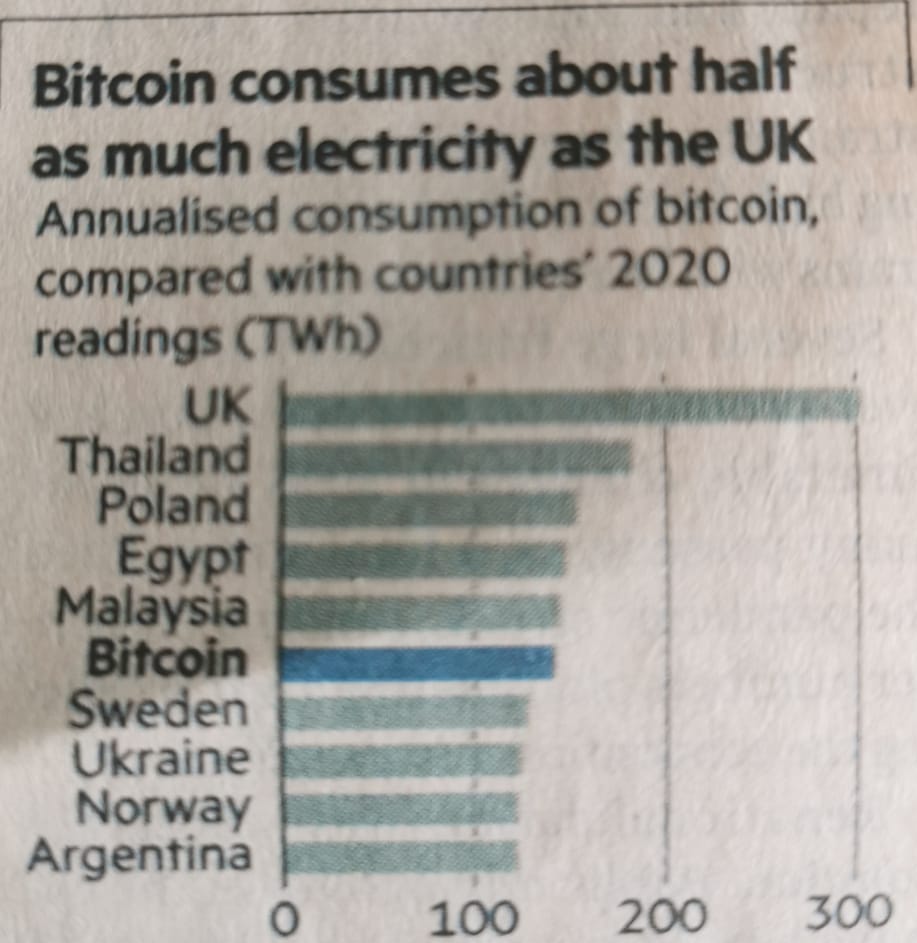 You can see Cambridge’s chart here: 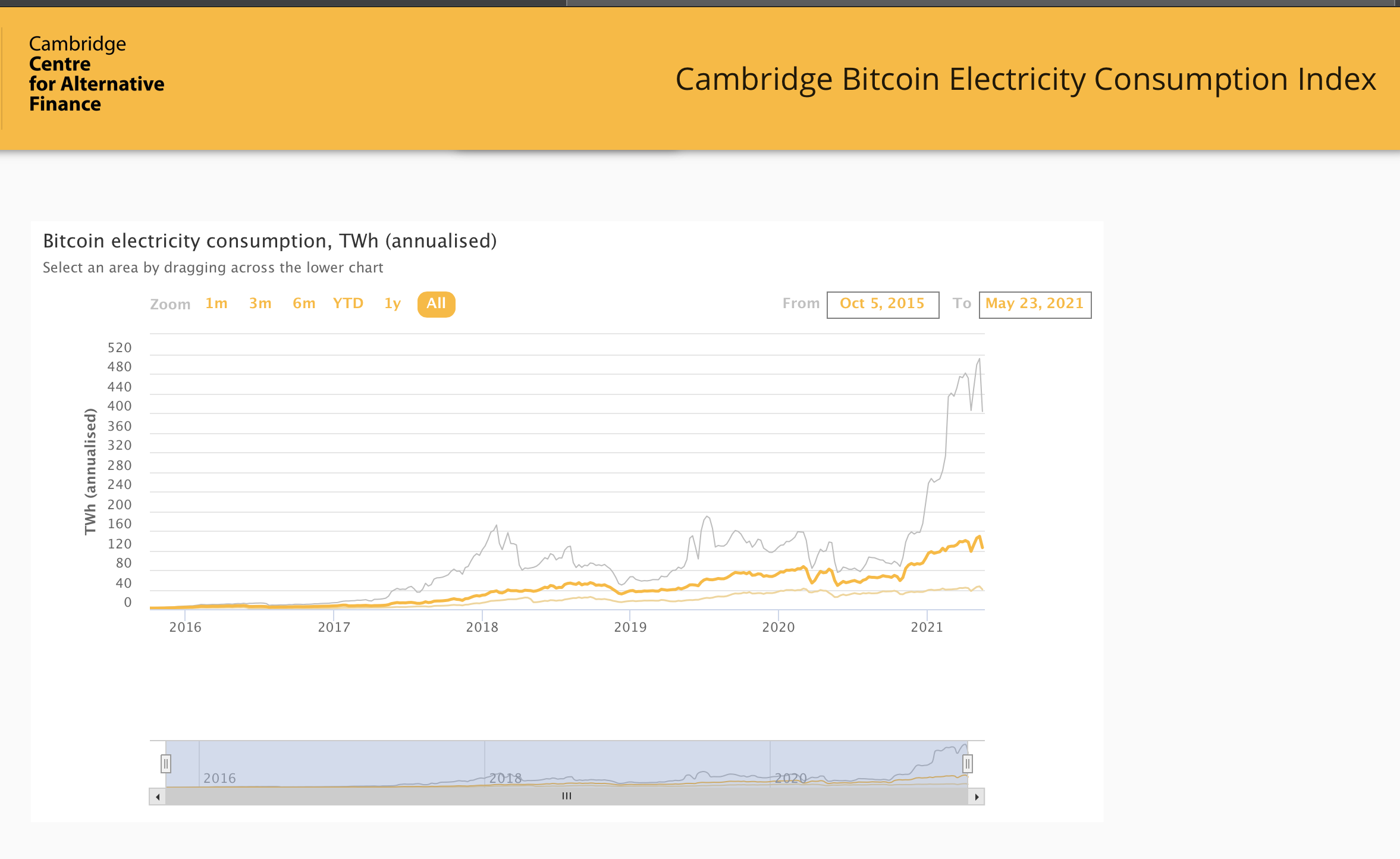 Dig into the detail here

The estimate on electric use is an estimate that could be wrong. An upper end estimate eclipses the 133 terawatt estimate and looks for a figure closer to 500 terawatt. This would mean that Bitcoin could in fact be using more electricity than the UK.

About 65% of Bitcoin mining is thought to come from the China where around 60% of the energy mix comes from coal.

The basic argument about Bitcoin’s energy consumption has meant Greenpeace has now scrapped their facility accepting Bitcoin’s which they started in 2014. Greenpeace state that their policy was no longer ‘tenable’ as the ‘the amount of energy needed to run Bitcoin became clearer’.

This is now about to be on the political agenda.

So, this is the heart of the issue.

Bitcoin advocates say that the renewable energy sources will come in time and that Bitcoin mining could even accelerate this process.

Any other high profile company, or Gov’t that rejects Bitcoin on its environmental impact will cause further selling. It is one headline to watch out for.