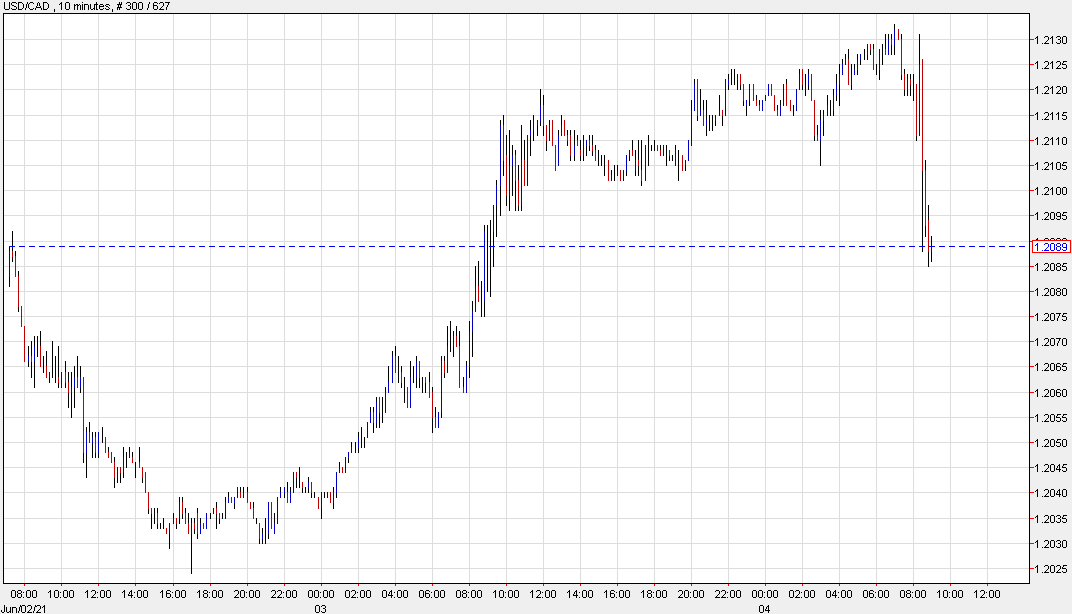 USD/CAD is down 30 pips since the simultaneous release of US and Canadian jobs reports. Both reports were weaker but the market is more forgiving on the Canadian side because there were broad lockdowns in May and the economy has shown an ability to sharply rebound from lockdowns previously.

However the Canadian dollar is the second-worst performer more broadly in the G10 space and that’s despite another 50-cent climb in crude prices. Some of that can also be blamed on the US, which is Canada’s largest export market. If the economy there isn’t cooking as much as anticipated it will have knock-on effects on Canada and the loonie.

Also, if you drill down into the Canadian report, it’s better than the headline. The job losses were concentrated in part-time jobs and the dip in unemployment was solely due to rising labor force participation.

Here’s a chart that shows the contrast in Canadian and US labor force participation since the pandemic. The US gave people unemployment benefits while Canada subsidized companies at up 75% to keep people on payrolls. 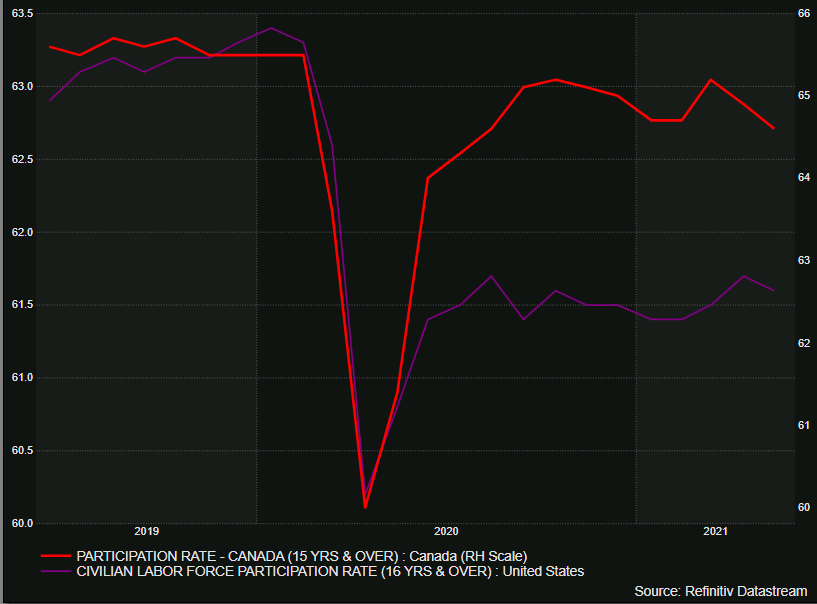