Canadian retail sales up 4.8% in February 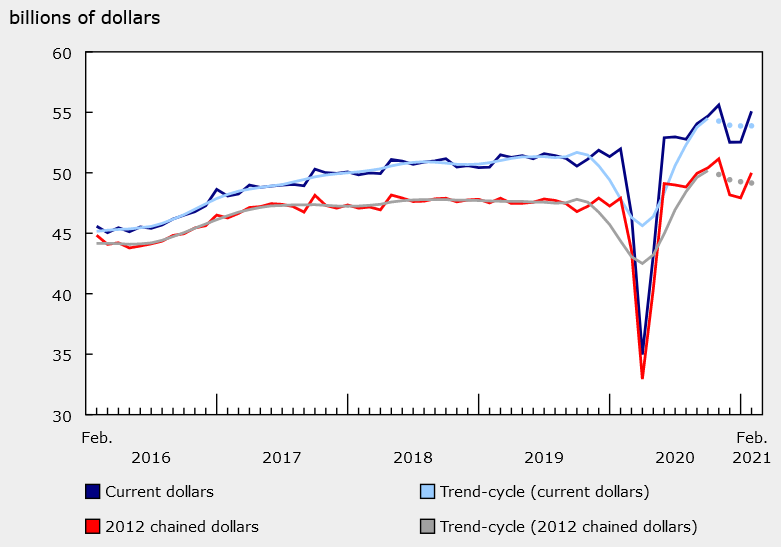 The strong reading in February Canadian retail sales followed by an upbeat early estimate on March ensure that Q1 will be a strong quarter for the economy. The numbers also emphasize pent up demand.

However CIBC is increasingly cautious on Q2 as lockdowns continue. Yesterday the province of Nova Scotia announced a two week shutdown:

The evidence in today’s numbers, combined with previous data releases,
suggest that the flash estimate of March GDP will likely show an acceleration in growth from the 0.5%
expected for February. However, with the third wave necessitating another round of harsh restrictions,
we’re becoming more cautious on Q2. While it will likely still show some growth, the second quarter
reading for GDP could come in well below the Bank of Canada’s latest forecast for a gain of 3.5% SAAR
during the period.