The dollar dipped in trading today and the stocks moved higher ahead of a number of key large cap earnings this week and the FOMC rate decision.  Apple, Amazon, Alphabet, Facebook,  Microsoft, Starbucks, Boeing, MasterCard, PayPal and many others are all scheduled to release earnings between Tuesday and Thursday this week.

The major US indices all closed higher with the down S&P both rising 0.24%. The NASDAQ squeaked out a 0.3% rise.  Each made a new intraday all time highs and all closed at record levels.

In Europe, the German DAX fell -0.32%. The case FTSE 100 was near unchanged, Spain’s Ibex and Italy’s FTSE MIB each rose by about 0.7%.  China stocks were under pressure falling by over 2% on the backs of increase regulation and concerns about Covid lockdowns.

On Wednesday, the FOMC rate decision will likely lead to more discussion on tapering but without committing to a specific timetable (see post here).

Looking at the rankings of the major currencies today, the GBP is the strongest of the majors, while the USD is the weakest. 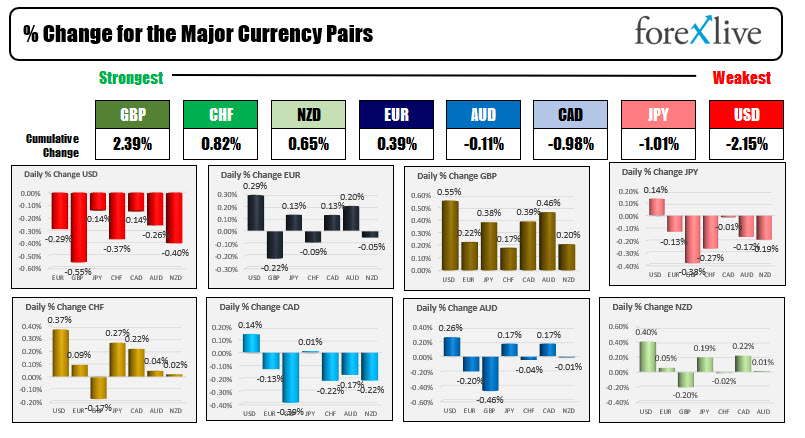 Technically speaking, some key levels to hi in the new trading day: