US pipeline news (read from the bottom for the chronological order of posts):

GBP
opened little changed in the early hours of Monday here but soon
caught a bid. Scottish weekend elections were the focus heading into
the weekend and the results leave a potential independence referendum
in question ahead. Cable has topped out just above 1.4040 on the
session here.

USD/JPY
traded higher on the session also, retracing a portion of the plunge
that followed the US nonfarm payroll report on Friday. USD/JPY
registered a high just over 108.90 so far for the session in
Asia.

Thus
GBP/JPY was a solid gainer on the day. Moves
for other major FX were more subdued.

That
was not the case in commodities though. Iron ore, steel rebar
rocketed higher, limit up in China. Dalian hog futures dropped.

In
oil markets (oil products really) the news was of a cyber attack shutting down a major network of pipelines responsible
for supplying around 50% of US east coast gasoline, diesel and jet
fuel.

On
the data front the focus was Australian business confidence and
conditions both hitting record highs. Also from Australia were retail
sales data, April and Q1, both just a little on the disappointing
side (see bullets above). AUD/USD is little net changed on the day so far.

In
the crypto space BTC traded higher on Monday Asia time, as did DOGE
(after dropping over the weekend on Elon Musk’s ‘Saturday Night
Live’ appearance). 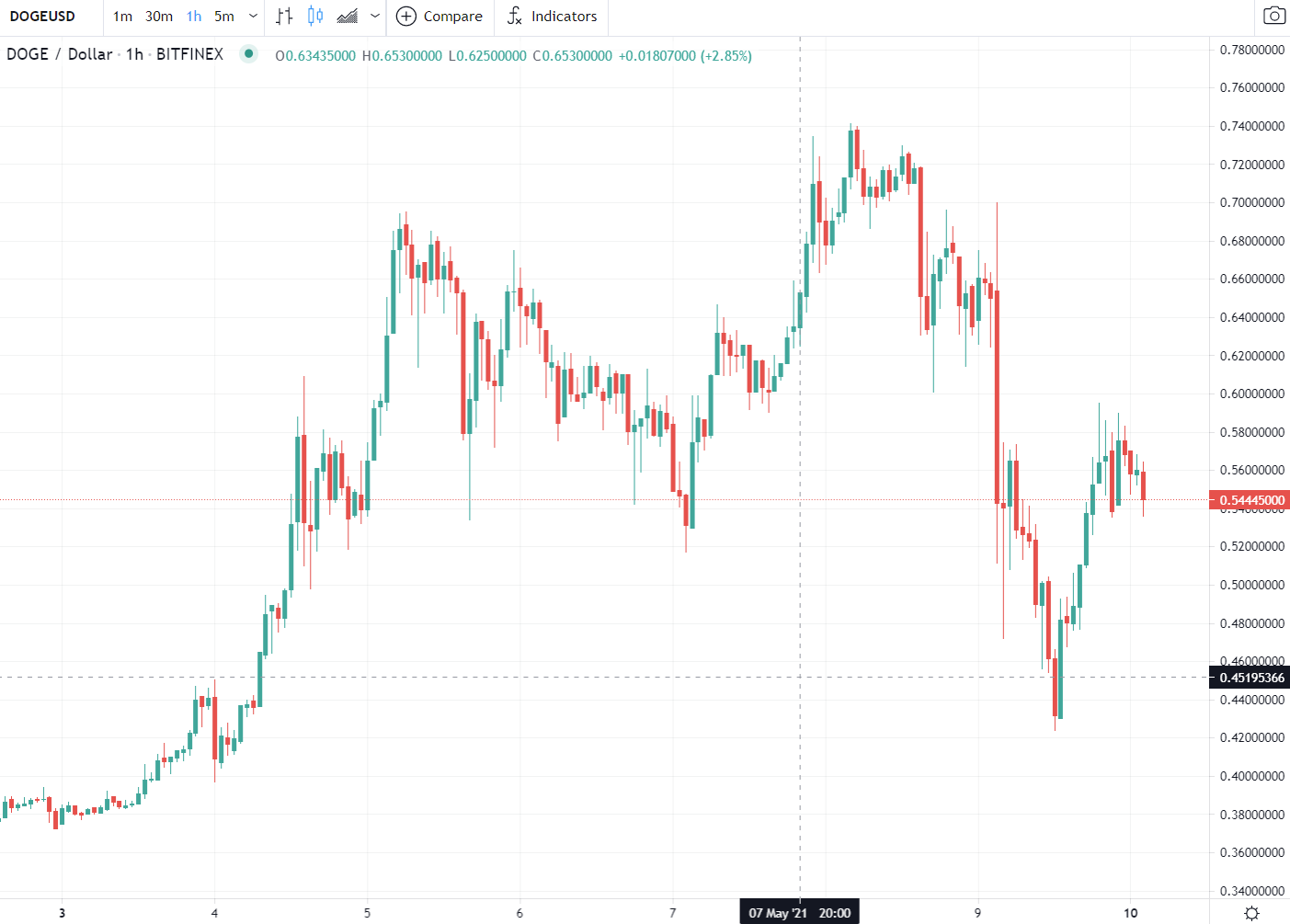