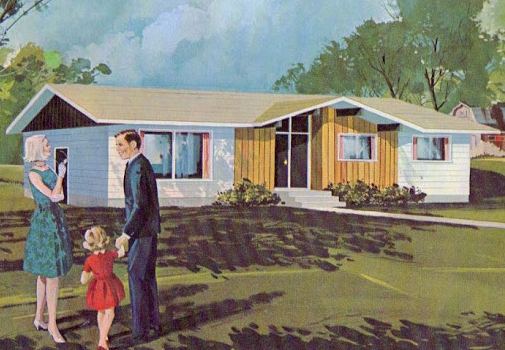 Central bank officials think they can create inflation and they might eventually prove to be right but only if they can create self-sustaining demand, and that’s a tall order.

Blackrock’s Rick Reider is out with a good note today emphasizing that only rising demand can create lasting inflation. He offers a great example with US housing:

From the 1950s through the 1980s, residential real estate investment was the single largest contributor to private-sector fixed investment, accounting for more than 50% of all private investment on a price-adjusted basis (and about 30%, on a nominal basis). That investment was chasing a multi-decade boom in demand as over 17 million new households were formed from 1960 to 1985. However, in the 25 years since 1995, household formation dwindled to less than half that rate, and probably unsurprisingly on the back of that lower demand, the residential real estate share of private investment declined by more than half, to less than 25%. Moreover, in full concert with those demand/investment trends, shelter inflation that had averaged 6.0% from 1960 to 1985 subsequently sunk to just 2.7% for the 1995 to 2020 period.

All of that is slightly more stimulative but the real arbiters of the economy are real investment, productivity, demographics and how the pie is cut up. Globalization and automation are fundamentally disinflationary and that’s tough to overcome. I’m open to the idea that aging is actually inflationary because it decreases the supply of labor and adds demand for healthcare and services but it’s going to be tough to overcome everything else.

Ultimately, it comes down to animal spirits. If people are feeling good about the economy, they’re going to borrow and spending. That’s a virtuous cycle especially without central banks pulling back but that looks much more like a 2-4 years cycle than 25 years like the boom in household formation starting in the 1950s.